Ivanka Trump Just Tried to Tweet Support for Baltimore, and It Backfired Spectacularly 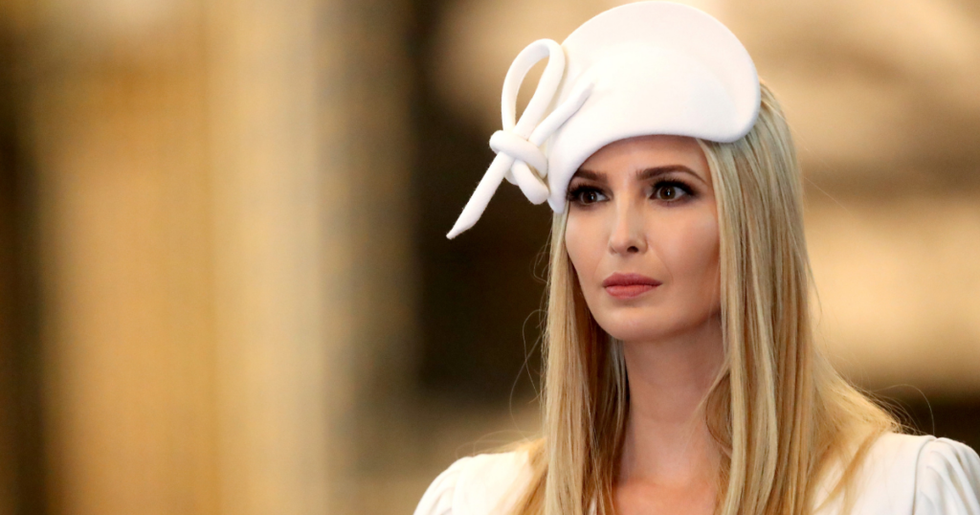 LONDON, ENGLAND - JUNE 03: Ivanka Trump during the visit by US President Donald Trump and First Lady Melania Trump to Westminster Abbey on June 03, 2019 in London, England. President Trump's three-day state visit will include lunch with the Queen, and a State Banquet at Buckingham Palace, as well as business meetings with the Prime Minister and the Duke of York, before travelling to Portsmouth to mark the 75th anniversary of the D-Day landings. (Photo by Chris Jackson/Getty Images)

Ms. Trump said she donated the proceeds of her book to the National Urban League's Baltimore-based women's initiative before encouraging everyone to donate and support the locals of Baltimore.

In spring 2017, after visiting the Center for Entrepreneurship at the Greater Baltimore Urban League, I donated pro… https://t.co/Kv8syRA2WS
— Ivanka Trump (@Ivanka Trump) 1564504086.0

I encourage everyone to advance smart policy and/or support organizations that uplift the great people of “Charm Ci… https://t.co/6FBPCvYmd7
— Ivanka Trump (@Ivanka Trump) 1564504086.0

Notably, Ivanka Trump didn't mention her father, who referred to the city as a "rat and rodent infested mess" where "no human being would want to live."

Nor did she mention her husband Jared Kushner's multiple apartment buildings in Baltimore accused of predatory practices.

@IvankaTrump Oh the irony. How about getting your husband to fix the blighted apartment buildings he owns in Baltim… https://t.co/zDjT0Ebl8L
— Cheryl Blackford (@Cheryl Blackford) 1564513165.0

People felt Ivanka was completely tone-deaf and lacking in any self-awareness at all.

@IvankaTrump @NatUrbanLeague Ivanka no one wants to hear you, get out of the Whitehouse and get out of Washington.… https://t.co/A5odE5tDrz
— Damien McGee (@Damien McGee) 1564514251.0

If it's mice her father is concerned about, he should probably take a look at his son-in-law's apartment buildings.