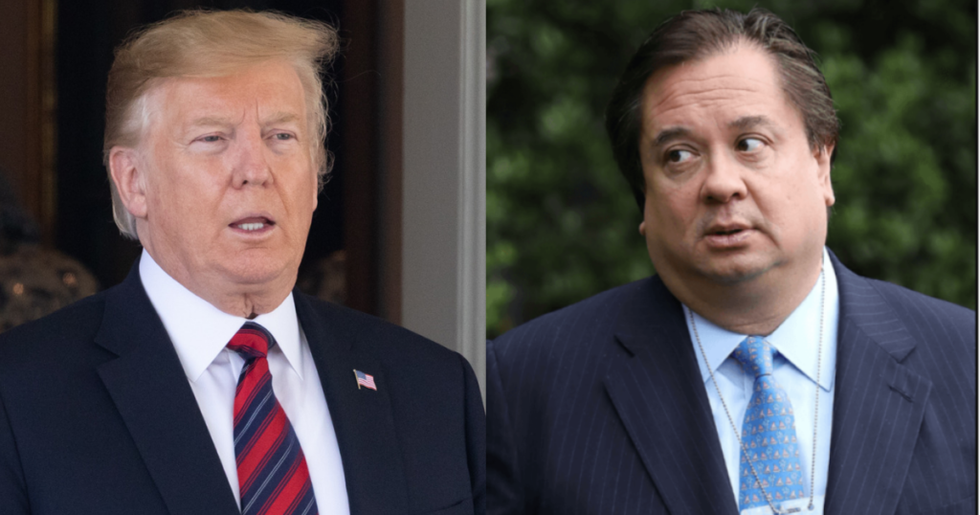 After a missile attack on Saudi Arabian oil facilities sent crude oil prices skyrocketing, President Donald Trump tweeted that the United States was "locked and loaded" and awaiting instructions from Saudi Arabia to retaliate against the culprit, which many believe to be Iran.

Lawyer and frequent Trump critic, George Conway, used Trump's infamous Sharpie scandal to call out the President for his subservience to Saudi Arabia and eagerness to embroil the United States in yet another conflict in the Middle East.

Conway altered the section of the United States Constitution giving Congress the authority to declare war.

"To declare war, grant letters of marque and reprisal, and make rules concerning captures on land and water."

In the past, Trump's kow-towing to Saudi Arabia has caught some negative attention. The president has numerous financial ties to Saudi Arabia, despite claiming to have none. His weakness in rebuking Saudi Crown Prince Mohammed bin Salman for the murder of Washington Post Journalist Jamal Khashoggi was also the subject of immense backlash.

@gtconway3d Has the republicans said anything about how @realDonaldTrump is bowing down and sucking up to the Royal Saudis?
— JorgeMagnifico (@JorgeMagnifico) 1568657116.0

@gtconway3d And you forgot the part about Free Press except if Saudi family wants to slaughter a journalist.
— JustCurious (@JustCurious) 1568645243.0

The Trump administration has yet to confirm whether it intends to retaliate on Saudi Arabia's behalf.