A Journalist Just Compared the Russia Probe to Previous Investigations, and Trump Should Be Very Concerned 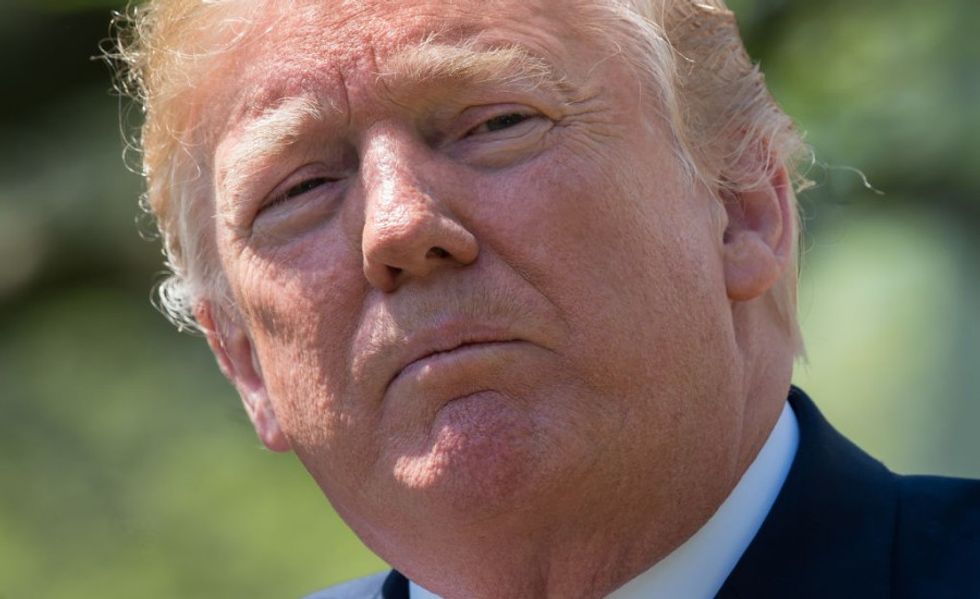 U.S. President Donald Trump in the Rose Garden of the White House in Washington, DC, May 3, 2018. (Photo by SAUL LOEB/AFP/Getty Images)

This morning, President Donald Trump Tweeted, "Is this Phony Witch Hunt going to go on even longer so it wrongfully impacts the Mid-Term Elections, which is what the Democrats always intended? Republicans better get tough and smart before it is too late!"

Trump consistently refers to Robert Mueller's Russia investigation, a probe led by Trump's own United States Attorney General office's duly appointed Republican Special Counsel, as a "witch hunt." He also takes issue with the length of time of the investigation.

But is it a witch hunt?

To give some perspective, Republican Matthew Dowd, former chief strategist for the Bush-Cheney 2004 presidential campaign and current political consultant, compared the length and results of the last three major Republican initiated and led investigations.

As i said on @ThisWeekABC to give some perspective: “Benghazi was a 4 year investigation, there were zero indictmen… https://t.co/AGby7nbWgu
— Matthew Dowd (@Matthew Dowd) 1525616813.0

“Benghazi,” which became a rallying cry for Republicans opposed to the Obama administration and the candidacy of Hillary Clinton, involved a tragic firefight at a U.S. consulate in Benghazi, Libya while Clinton served as Secretary of State. The “Clinton emails” Dowd referenced also involved Clinton’s tenure as Secretary of State and use of her personal email account.

Six years of investigations initiated and led by Republicans with no findings leading to indictments.

In contrast, Mueller began investigating Russian interference in the 2016 presidential election and any involvement by the Trump campaign and administration roughly 14 months ago. Another investigation initiated and led by Republicans, but so far 23 indictments have occurred.

GOP hardliners called for Robert Mueller’s probe to end almost immediately after it began. Dowd sought to remind everyone how long those same Republican leaders insisted on maintaining other investigations while they bore no fruit.

In contrast, the Trump labeled "witch hunt" produced quick results. Within 4 months, indictments or plea agreements were made based on Mueller's findings.

The internet quickly latched on to Dowd's comparison. Some critics claimed the Russia indictments only resulted from the Special Counsel overreaching, another frequent claim of the Trump camp.

Hey Trump fan club, if a trooper pulls someone over for drunk driving, and finds dead bodies in their trunk, should… https://t.co/MEAEHqVEi7
— Matthew Dowd (@Matthew Dowd) 1525702201.0

@matthewjdowd How can DT complain about Mueller overreach? If I’m stopped for a taillight and my license has expire… https://t.co/tn8rcKg0sV
— John Biggs (@John Biggs) 1525702346.0

@matthewjdowd The special counsel’s authorization specifically allows him to investigate any matters arising from his investigation
— JL Sherman (@JL Sherman) 1525702595.0

@matthewjdowd @ThisWeekABC These facts are inarguable. But those that voted for Trump continue to keep their heads buried in the sand.
— nick (@nick) 1525618711.0