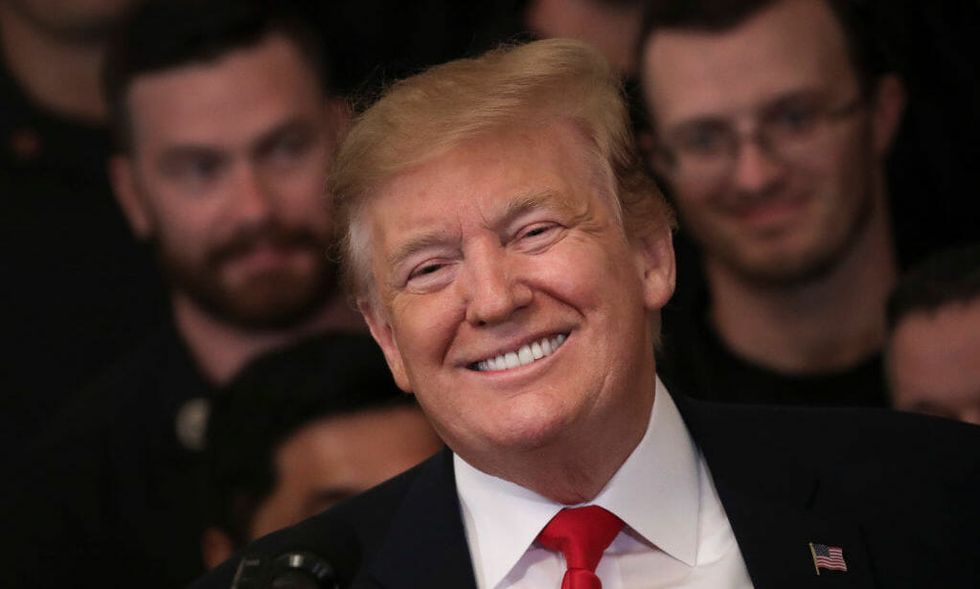 President Donald Trump smiles during an event in the East Room of the White House, April 18, 2019 in Washington, DC. (Photo by Drew Angerer/Getty Images)

The Swedish Transport Agency denied a request for a "TRUMP" vanity license plate in a nod to President Donald Trump, citing the agency's rules against plates featuring political commentary.

According to Swedish newspaper The Aftonbladet, the man who applied for the plate, Marcus Saaf, said he “was drunk and thought it was fun to apply,” noting that his car is American made.

"Combinations of letters and/or numbers which can be perceived as offensive. We do not approve combinations that can refer to drugs, sex, profanity, religion, diseases, crime or politics."

While the rejection was a standard application of rules against politics, rather than a critique of Trump's character, many resisters couldn't help but cackle at the inadvertent shade.

A (presumably sober) Saaf later said that he understood the decision and was content to keep his original license plate number.

Trump recently called for Sweden to release rapper A$AP Rocky after he was detained in the country for assault charges.

For its part, the United States has  rejected a number of both pro- and anti-Trump related plates, including "TRE45ON" and "DUMP45," citing a similar rule.