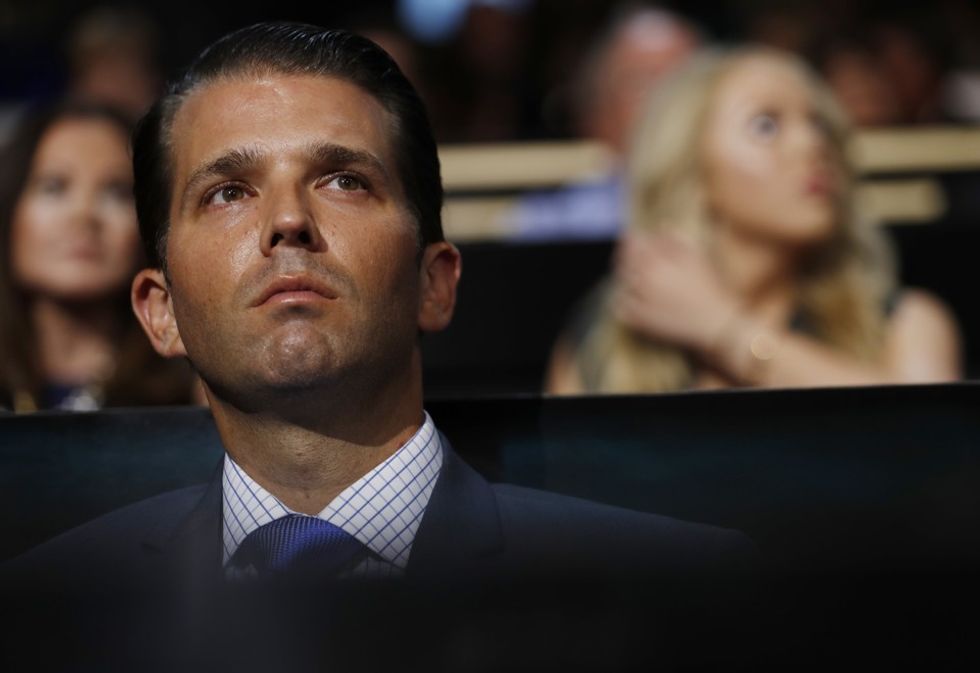 A new e-mail unearthed by The New York Times spells more trouble for Donald Trump, Jr. as he tries to deny evidence that he colluded with the Russians to impact last year's election.

The e-mail was sent by Rob Goldstone who helped set up Trump Jr.'s meeting with the Russian lawyer. It makes clear that Russia intended to help Donald Trump in last year's election.

On Tuesday morning, Donald Trump, Jr., himself decided to share the entire email chain on Twitter "in order to be totally transparent."

"The Crown prosecutor of Russia met with his father Aras this morning and in their meeting offered to provide the Trump campaign with some official documents and information that would incriminate Hillary and her dealings with Russia and would be very useful for your father."

"This is obviously very high level and sensitive information but is part of Russia and its government's support for Mr. Trump, helped along by Aras and Emin."

Many on Twitter questioned why Donald Trump Jr. was posting this, as it is incriminating.

Which led to a reminder of some statements by the Trump team that have not worn well, particularly with these new revelations.