Fox News' Tucker Carlson Just Tweeted Asking How Our Politics Got So Divided, and Twitter Can't Even 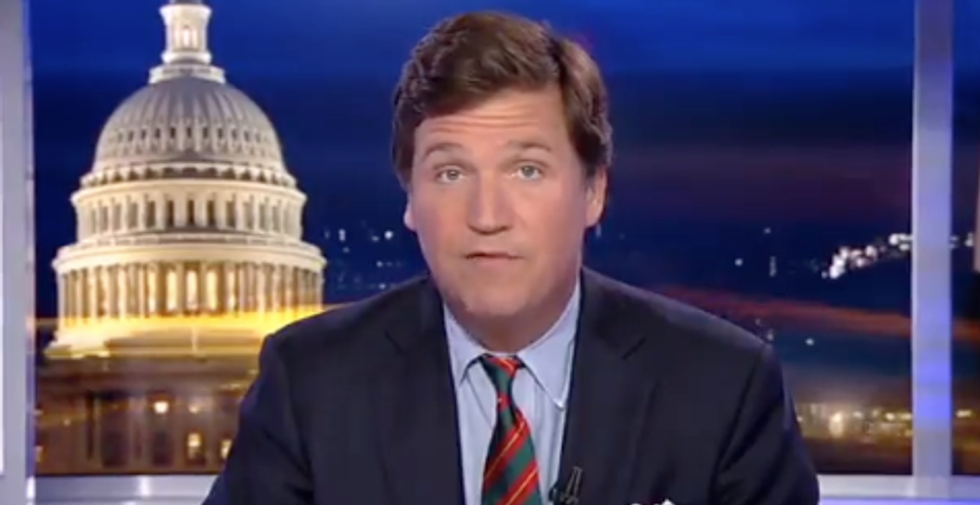 Fox News host Tucker Carlson, best known for his fiery brand of conservatism and contentious treatment of guests on his show, is struggling with the growing animosity in American politics.

While the country remained on high alert after a string of attempted bombings of Democratic officials, Carlson asked the Twitterverse on Thursday just how exactly we got here.

"How'd we get to a place where it's normal that two parts of the country despise each other? That you can imagine the other side encouraging terror?" Carlson tweeted. "Our thinking changed. We stopped debating politics & ideas & started attacking others for things we can't change, for who we are."

How'd we get to a place where it's normal that two parts of the country despise each other? That you can imagine th… https://t.co/iCaglpnUop
— Tucker Carlson (@Tucker Carlson) 1540514777.0

Twitter's response to Carlson: Seriously? Because of you.

@TuckerCarlson You just published a book calling half the country fools. This is like getting a lecture on harmoni… https://t.co/COzr2itqq7
— Tennesseine (@Tennesseine) 1540574836.0

Does he watch his own show?

@TuckerCarlson Have you literally watched even one episode of your show? Or of Hannity’s? Or heard Trump speak?
— Brian (@Brian) 1540578644.0

@TuckerCarlson You are bring incredibly hypocritical. Your show is one of the most hyper-partisan shows currently a… https://t.co/KWqicuddI3
— Nicole (@Nicole) 1540582714.0

And yet, he's really asking.

Let's not forget Trump and his endorsement of violence. Can I borrow a lighter?

I would be remiss however if I didn't dig up some Carlson classics.

Watch the full interview below:

"How precisely is diversity our strength? Since you’ve made this our new national motto, please be specific as you explain it. Can you think, for example, of other institutions, such as, I don’t know, marriage or military units, in which the less people have in common the more cohesive they are? Do you get along better with your neighbors or your co-workers if you can’t understand each other or share no common values?"

Watch the segment below:

"If it is true that the Constitution does not mandate citizenship for anyone born here regardless of status or the status of the parents, then why are we acting that that’s the law?"

Because it's the law. Here's what the 14th Amendment to the U.S. Constitution says:

In the same segment, Carlson groaned about immigrants receiving public benefits. Yet he is perfectly content with tax dollars going toward welfare for corporations.

Finally, in 2015, Carlson and his brother disparaged Amy Spitalnik, a spokesperson for New York Mayor Bill de Blasio (D), after Spitalnik emailed Carlson about inaccurate reporting on his right-wing website, The Daily Caller.

"We’re reviewing the video now, Amy. If you annoy me with another whiny email before then, I’m muting this thread, thanks."

An offended Spitalnik forwarded the exchange to Carlson with a note:

"Tucker – it’s pretty appalling that this is how your staff chose to respond to us requesting a basic correction (and providing a transcript that directly contradicts the original story)."

Carlson's response was nothing short of condescending mansplaining.

Thanks for your email. You believe our story was inaccurate and have demanded a correction. Totally fair. We are going over the transcript now. What Bedford complained about was your tone, which, I have to agree, was whiny and annoying, and I say that in the spirit of helpful correction rather than as a criticism. Outside of New York City, adults generally write polite, cheerful emails to one another, even when asking for corrections. Something to keep in mind the next time you communicate with people who don’t live on your island."

Anyway, that's how we got here.