Donald Trump Just Canceled His London Trip and Tried to Blame Obama, But Twitter Has the Receipts 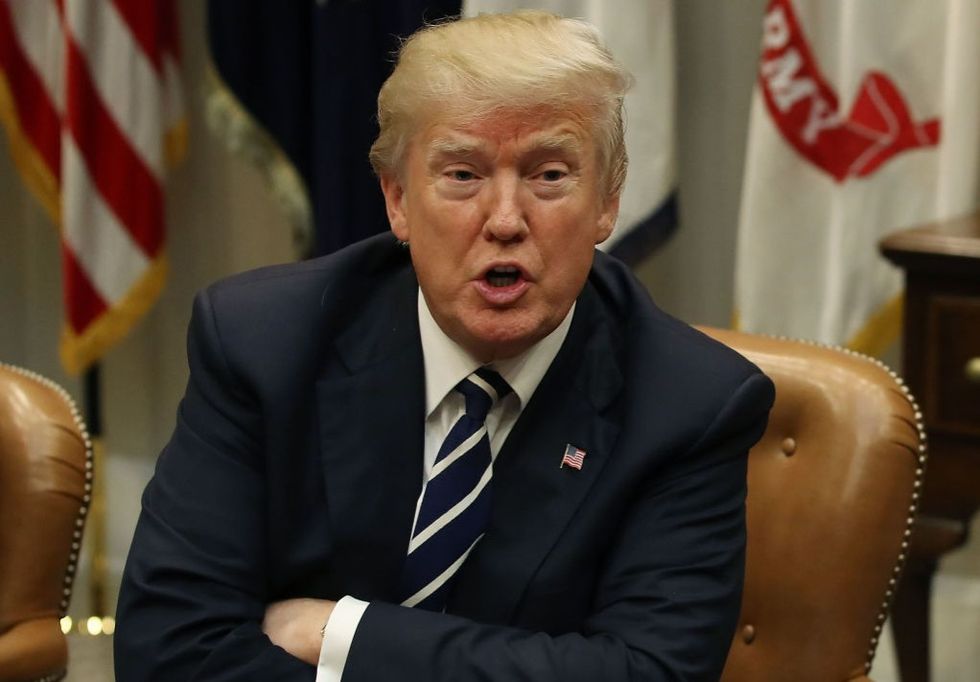 President Donald Trump canceled plans to visit London next month. Instead Secretary of State Rex Tillerson will visit the United Kingdom to christen America’s new embassy in the British capital.

Then, in a surprising move, Trump blamed former President Barack Obama for his decision to cancel.

“Reason I canceled my trip to London is that I am not a big fan of the Obama Administration having sold perhaps the best located and finest embassy in London for “peanuts,” only to build a new one in an off location for 1.2 billion dollars. Bad deal. Wanted me to cut ribbon-NO!”

Reason I canceled my trip to London is that I am not a big fan of the Obama Administration having sold perhaps the… https://t.co/9crSrOBXme
— Donald J. Trump (@Donald J. Trump) 1515733077.0

However, there is a problem with that reasoning. President George W. Bush’s State Department decided in 2008 to move the embassy for security reasons. Barack Obama took office after the State Department finalized the decision.

@realDonaldTrump It was Dubya that made the deal NOT Obama, & was done because of potential cost of renovating the… https://t.co/tidpwtyFgI
— AJ Phink (@AJ Phink) 1515749332.0

@realDonaldTrump Are you capable of saying anything that’s true or correct?
— Phreddish (@Phreddish) 1515768774.0

Despite the cancellation of the planned February trip, diplomacy dictates Trump visit one of the United States' strongest allies. Downing Street, the office of Prime Minister Theresa May stated, “An invitation for a state visit has been extended and accepted.”

Some speculate a far more personal reason for the cancellation. Massive protests were planned for the Trump visit. Labour Party leader Jeremy Corbyn told followers to send the US president a “clear message” by demonstrating again him.

In November, Mayor Khan made it clear London would not welcome a Trump visit.