After Trump 'Ordered' Companies to Abandon China, People Are Mocking Him With Their Own 'I Hereby Order' Demands 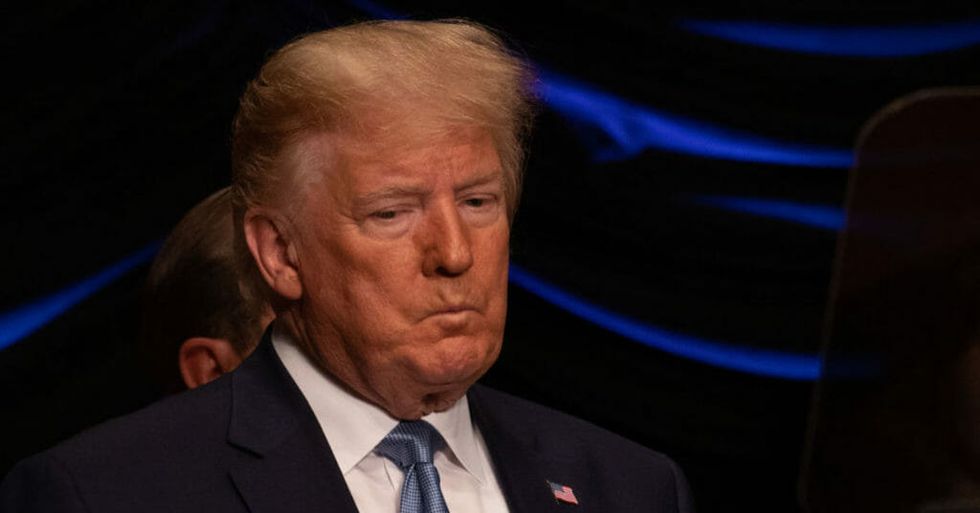 President Donald Trump, once again, posted a bizarre tweet that seems to misunderstand what powers the Executive Branch can actually wield.

Right after calling Federal Reserve Chair Jerome Powell an enemy, Trump "hereby ordered" American companies manufacturing products in China to relocate back to the United States. He then promised he'd soon be responding to China's tariffs, which themselves were in response to Trump's tariffs designed to pressure American companies to move production out of China.

He began railing against the country...

Our Country has lost, stupidly, Trillions of Dollars with China over many years. They have stolen our Intellectual… https://t.co/poBcYLSMOj
— Donald J. Trump (@Donald J. Trump) 1566572343.0

Before turning his ire and orders toward American companies.

Trump has no power to unilaterally "hereby order" private companies to do anything.

People asked for clarification. Does Trump really believe this falls under his power? You won't get the answer from the White House.

It's not beyond the imagination for Trump to think he could unilaterally order something, Constitution be damned. Just this week, Trump told reporters that he was looking for a way to end birthright citizenship guaranteed by the 14th Amendment by changing the Constitution through executive order.

Since we're making commands that we have no power to enforce, lawyer George Conway hereby ordered his followers to hereby order something.

Soon, #IHerebyOrder catapulted to the top of Twitter's trending list with people making orders of their own for the president.

Some just shouted random orders into the abyss.

Maybe now would be a good time to point out that, as of late last year, only 15% of the products available in Trump's online store were made in the United States.