Can You Grow Potatoes on the Moon? Chinese Astronauts Are Going To Try

China will try to grow potatoes on the moon. 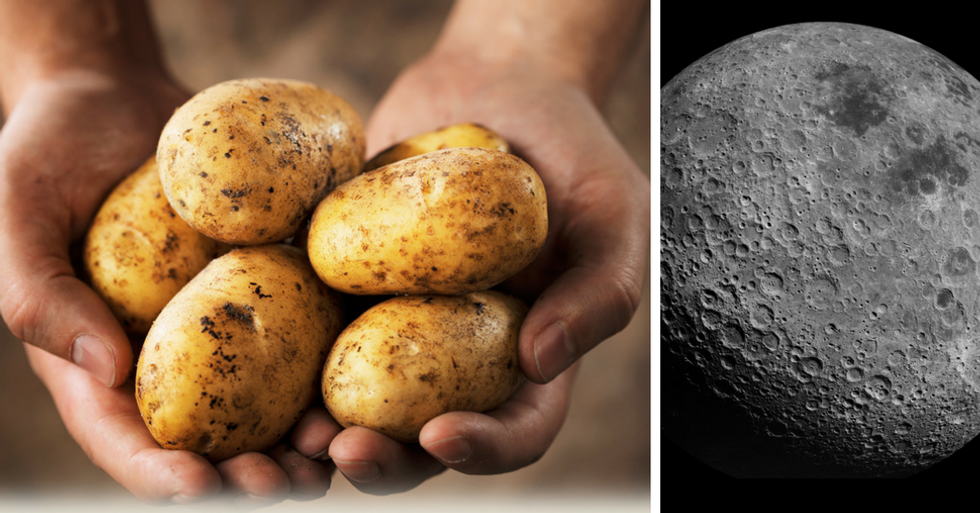 Potatoes are not just one of the hardiest crops on Earth; they may soon be the first crop togrow on the moon, thanks to Chinese astronauts. While this may seem like a strange proposition, researchers at the whimsically named International Potato Center (CIP) in Lima, Peru,demonstrated last year that potatoes could be grown on Mars, by replicating Martian soil and atmospheric conditions. This piqued the interest of the Chinese space program, which is scheduled to make its next lunar expedition in 2018.

When China brings its Chang’e 4 lander and rover to the Moon’s surface in 2018, they’ll be bringing potato seeds with them to attempt lunar gardening. Of course, very little about this scenario will mimic the scenes in the Matt Damon movie The Martian, in which stranded astronaut Mark Watney grows potatoes on Mars to survive (and appears to have inspired the project).

In fact, the potato garden will not run wild across the moon; it will remain in its own tiny controlled ecosystem, a cylinder of just 18 by 16 centimeters, with artificial lights that run on batteries. So far the design for the hardware is a collaboration between scientists from 28 different Chinese universities. Their goal is not so much to cultivate a crop as to test whether the atmosphere is conducive to growing plants on the Moon at all. And they won’t be using lunar soil to plant them in, either. The seeds will remain inside their cylinder.

Additionally, the growth process will be aided by silkworm eggs added to the ecosystem.

“The eggs will hatch into silkworms, which can produce carbon dioxide, while the potatoes and seeds emit oxygen through photosynthesis,” Zhang Yuanxun, chief designer of the container, reportedly told the Chongqing Morning Post. “Together, they can establish a simple ecosystem on the Moon.”

The moon’s temperature fluctuates wildly between -170°C and 100°C (-270°F and 210°F), so the ecosystem will have to be wrapped in insulating material so as not to fry the seeds and worms.

For the interested observer, you should be able to watch the growth process of plants and worms, as China plans to live stream the process.