Russians Flock To Trump Properties To Give Birth So Their Babies Will Be U.S. Citizens 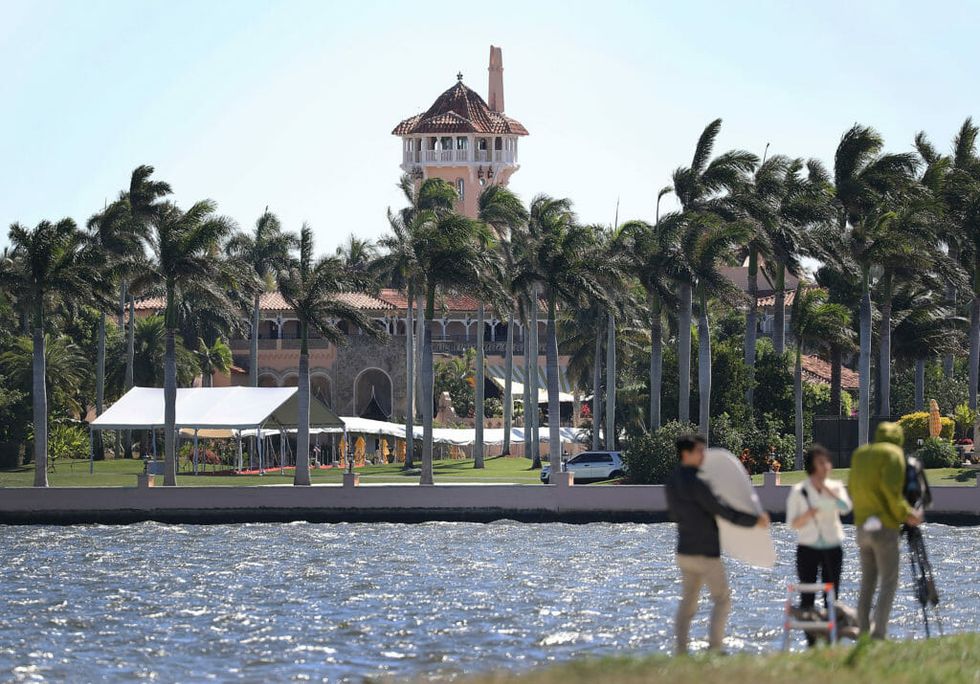 Expectant Russian parents are coming to Donald Trump’s resorts in order to give birth on American soil.

Birth tourism is not a new trend; around the world, parents travel to other countries to give birth. In China, parents traveled to circumvent the one-child policy. In the U.S., parents have traveled to Canada to take advantage of lower healthcare costs. Many people travel to give their children advantages offered by their country of birth, including educational access, healthcare, citizenship, and future ability to sponsor their parents.

Sometimes derisively called “anchor babies,” babies born in a country foreign to their parents receive varying levels of citizenship, depending on the country. Only 30 of the world’s 194 countries offer “birthright citizenship.” In the U.S., the policy, known as jus soli, comes from the Citizen’s Clause in the 14th amendment to the U.S. Constitution, which states, "All persons born or naturalized in the United States, and subject to the jurisdiction thereof, are citizens of the United States and of the State wherein they reside."

The practice is controversial. A robust birth tourism industry in California courts Chinese parents; in 2014, an estimated 60,000 Chinese births occurred on U.S. soil, after a popular romantic comedy “Mr. Right” introduced the concept to a generation of parents weary of their country’s strict education system and polluted environment.

The contentious topic of babies born in the U.S. to undocumented workers from Mexico and Central America came up during the run-up to the 2016 election.  In 2015, Trump said that babies born in the U.S. to undocumented non-citizens should not be considered citizens. "I don't think they have American citizenship and if you speak to some very, very good lawyers — and I know some will disagree, but many of them agree with me — and you're going to find they do not have American citizenship," he said in an interview with Fox News' Bill O'Reilly. He did, however, express some lenience for “the good ones,” saying the U.S. "can expedite it where they come back in."

Russian birth tourism companies must be confident that he will consider their customers “the good ones.” Marketing campaigns have specifically steered their customers to Trump resorts such as the Trump International Beach Resort Miami for vacation packages that run into the tens of thousands of dollars. The pay-off: dual citizenship and a stake in the American Dream.

To continue reading go to page 2...

The average cost to travel from Russia to Miami to give birth runs from $40,000 to $50,000, including flights, accommodation and medical costs. But birth tourism companies are highlighting Trump’s properties with packages that cost upwards of $75,000. SVM-MED, a Miami birth-tourism company with locations in Moscow and Kiev, offers a $84,700 package with a Trump Tower II apartment with a gold-tiled bathtub and chauffeured luxury car. Status-Med, a company with offices in Moscow and Miami, advertises a Trump Royale penthouse apartment on its website for $7,000 a month.

Of course, people don’t need to use birth tourism companies to come here. Russians can rent a private apartment anywhere in the U.S., but for some reason they are attracted to the Miami suburb where Trump’s Trump International Beach Resort, Trump Palace and Trump Royale are situated. So many have come, in fact, that an entire Russian émigré community called “the Russian Riviera” has sprung up, with Russian delis, restaurants, stores and online gathering and information sites. On the site Deliveryinusa.com, one mom called the Trump Palace “a building which has more Russian officials than all of Moscow.”

“We’re talking about wealthy Russians who can afford to take anywhere from three to six months to come, hang out on Florida beaches, rent an apartment, pay out of pocket for top-tier medical care, and have their babies here,” said Daily Beast reporter Katie Zavadski.

These babies will ultimately be raised in Russia. However, as U.S. citizens, they are exempt from service in the Russian military. They will have access to financial aid at American colleges. And when they turn 21, they can file a motion for reunification, which grants green cards for their parents to come to the U.S.

Some Russians say they come not for the citizenship papers, but for the better medical care. Some claim that maternity care in Russia is lacking in both modern practices and civility. Mothers complain about brutal treatment, including shaming, poor conditions, and unwilling long stays in grim recovery wards. Wealthy women opt for special, high-end private medical clinics in Russia that offer a Western approach for maternity care at approximately the same costs of a modest Miami birth staycation — minus the warm weather and U.S. citizenship benefits. Russian billionaire Roman Abramovich are among those who opted for the U.S. birth. His two children with former partner Darya Zhukova were born in the U.S.

Some Russians have worried that Trump might crack down on anchor babies, but the Russian news site Lenta reassured them, saying that Trump could not pass a constitutional amendment to change the policy. “Only the situation where the woman hides the true purpose of her visit is illegal, such as indicates that she is not coming to ‘receive medical care’ but just for ‘tourism,” the paper said. In other words, there’s nothing illegal about expectant families from any country coming to the U.S. to enjoy its sunny beaches.

“When Trump was elected, he said he wanted to eliminate citizenship based on place of birth,” birth tourist Tanya Yanygina told The Daily Beast. “But he said that in reference to people from the Middle East and Mexico.”

The good people of Russia should have nothing to worry about.