Scientists have discovered that bright sparks are emitted at the moment of human implantation. These sparks provide valuable insight for successful IVF implantation. 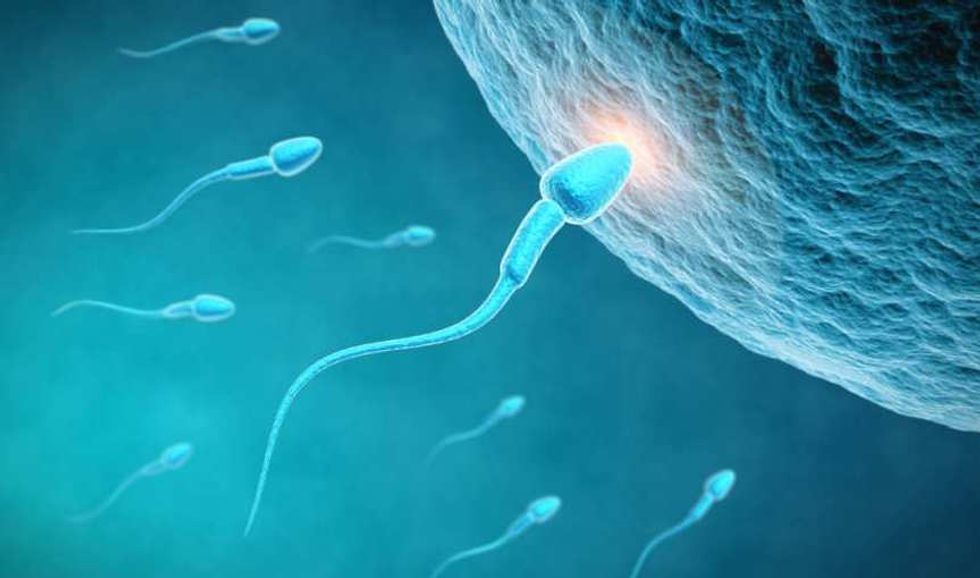 Scientists have noted an explosion of light when a human egg is fertilized. The size of the sparks relates directly to the health of the egg and its chances of developing into an embryo.

The spark is the result of zinc being released from the egg, which is triggered when sperm meets the egg, causing an increase in calcium. As the zinc escapes, it binds to molecule probes, which emit light.

While previous studies have marked this in other animals, this study, published in late April in Scientific Reports, is the first time that scientists have observed this in humans. (The study used sperm enzyme rather than sperm, as fertilizing eggs with actual sperm for human research is prohibited under federal law.)

“These fluorescence microscopy studies establish that the zinc spark occurs in human egg biology, and can be observed outside of the cell,” said Tom O’Halloran, one of the senior co-authors of the study, and a professor of chemistry at the Weinberg College of Arts and Sciences at Northwestern University.

“It was remarkable,” said Teresa Woodruff, one of the study’s two senior authors and an expert in ovarian biology at Northwestern University’s Feinberg School of Medicine. “We discovered the zinc spark just five years ago in the mouse, and to see the zinc radiate out in a burst from each human egg was breathtaking.”

The flash illuminates the moment that sperm enzyme enters the egg. Credit: Source.

The researchers further noticed that some of the eggs burned brighter than others. The ones that burned the brightest were more likely to produce a healthy embryo. Doctors may

be able to use this information in choosing which eggs to transfer during in vitro fertilization.

“This means if you can look at the zinc spark at the time of fertilization, you will know immediately which eggs are the good ones to transfer in in vitro fertilization,” explained Woodruff. “It’s a way of sorting egg quality in a way we’ve never been able to assess before.”

Currently, about half of fertilized eggs do not develop properly, often as a result of faulty genetic code. To determine whether fertilized eggs are sound, many IVF clinics test for genetic mutations. The process of testing for mutations is invasive, however, and can damage the egg.

“This is an important discovery because it may give us a non-invasive and easily visible way to assess the health of an egg and eventually an embryo before implantation,” said co-author Dr. Eve Feinberg, who collaborated with the research team.

“That’s the reason this is so transformative,” Feinberg continued. “If we have the ability up front to see what is a good egg and what’s not, it will help us know which embryo to transfer, avoid a lot of heartache, and achieve pregnancy much more quickly.”