Map Shows Where You’d End up If You Dug a Hole Through the Earth (Hint: It’s Not China) 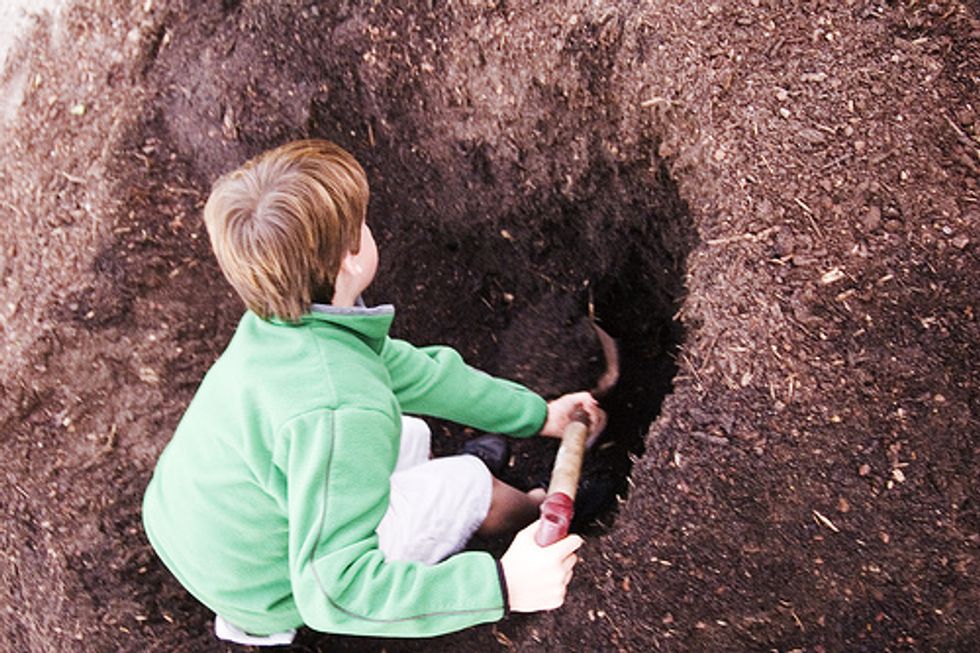 For any child — or adult — who’s ever wanted to “dig a hole all the way to China,” we have some bad news.

According to this map, you won’t end up emerging in a picturesque rice paddy or popping up through a manhole in downtown Beijing. You’d end up somewhere in the middle of the Indian Ocean.

The interactive Antipodes map, a project by Romanian IT company Aniotek Solutions, allows users to enter their location and find its antipode — the point on the earth directly opposite. It also provides a cheat sheet of major cities and their antipodes. Digging through the earth in Auckland, New Zealand, for example, would result in an emergence in Spain, and tunnelers from Bangkok, Thailand, would end up in Lima, Peru. According to the site, it’s a rare city that’s antipodal to land, as the surface of the Earth is 71 percent water.

Turns out digging a hole to the other side of the earth is not just a U.S. pastime — many countries have a reigning popular theory of where they’d eventually end up if they kept digging. U.K. residents believe they’d end up in Australia, for instance, and Australians assume they’d be popping up somewhere in Europe.

However, none seems to take into account the challenges inherent in tunneling through the fifth largest planet in the solar system with a core of molten iron as hot as the sun. To even get to the core would require digging up to 44 miles through the continental crust and 1,800 miles of rocky mantle — and then there’s the gravity problem.

On Earth’s surface, gravity holds us down at the rate of 32 feet per second squared. However, the gravity force decreases toward the center of the earth, meaning a person would eventually become weightless when they reached the core. Incinerating temperatures aside, exerting force — such as one would need for digging — in a zero-gravity environment can be challenging, as countless videos of astronauts have shown.

So, how far have people actually gotten into the center of the earth? In 1970, Russia began the Kola Superdeep Borehole, a project to drill as deep as possible. It took nearly 25 years to dig 7.5 miles, and the operation was halted when the drill bit would no longer work in temperatures of more than 570 degrees F. The hole was capped and abandoned in 2008.

Even if the ultimate destination has been proven incorrect, U.S. cultural roots of “digging to China” run deep, and except for in the minds of children, were probably never rooted in reality to begin with. As Henry David Thoreau mentioned in Walden in 1854, “…There was a crazy fellow in town who undertook to dig through to China, and he got so far that, as he said, he heard the Chinese pots and kettles rattle; but I think that I shall not go out of my way to admire the hole which he made.” So dig on, adventurers — and watch out for sharks.