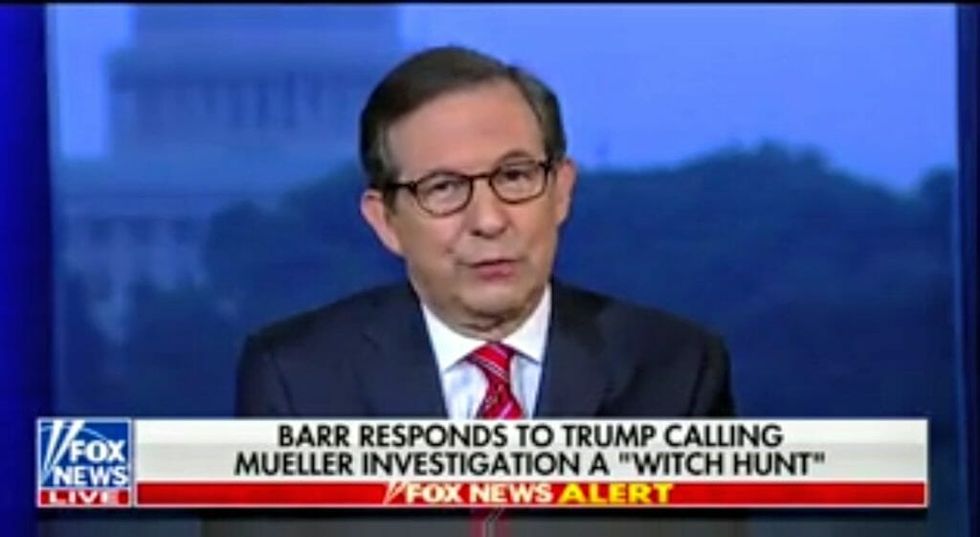 The position of United States Attorney General was created by the Judiciary Act of 1789 to serve as head of the Department of Justice (DoJ). As with all government positions and agencies created by the Constitution or by law, the role of the DoJ is well defined.

The official mission statement of the DoJ states their role is:

"To enforce the law and defend the interests of the United States according to the law; to ensure public safety against threats foreign and domestic; to provide federal leadership in preventing and controlling crime; to seek just punishment for those guilty of unlawful behavior; and to ensure fair and impartial administration of justice for all Americans."

The DoJ and their head owe allegiance to the Constitution and laws first and foremost.

Sessions took heavy criticism from the President over his lack of loyalty to Trump. But Wallace stated that would be a nonissue for Barr.

Friday AG Barr sat down with Bill Hemmer on Fox News. In the Barr-Hemmer discussion, the new AG towed the Trump administration line of characterizing Democrats, the FBI—a law enforcement agency now working under Barr—and his own Justice Department's investigation of foreign interference in the 2016 presidential election as a "witch hunt."

Afterward, Chris Wallace spoke on the program America’s Newsroom about the interview.

"[Barr] clearly is protecting this President and advocating his point of view on a lot of these issues."

"I suspect that as President Trump, who probably has watched some of this interview himself, is saying: ‘Finally no Jeff Sessions, Bill Barr instead'." Wallace was far from alone in his assessment of AG Barr's misplaced loyalties.

But Trump and Barr were not the only targets. People had plenty to say about a complicit GOP and enabling Fox News as well.

@atrupar Does any Republican realize how dangerous this is? Are tax cuts really this important?
— victor-hyer (@victor-hyer) 1558107946.0

People drew similarities to and outright allegations about organized crime.

@atrupar @GreatDismal Barr and his law firm represent some of the most notorious figures in Russian organized crime. Follow the money.
— Paul (@Paul) 1558129836.0

Both #ImpeachTrump and #ImpeachBarr are currently trending heavily on social media platforms.

Whether Congress takes words to action remains to be seen.