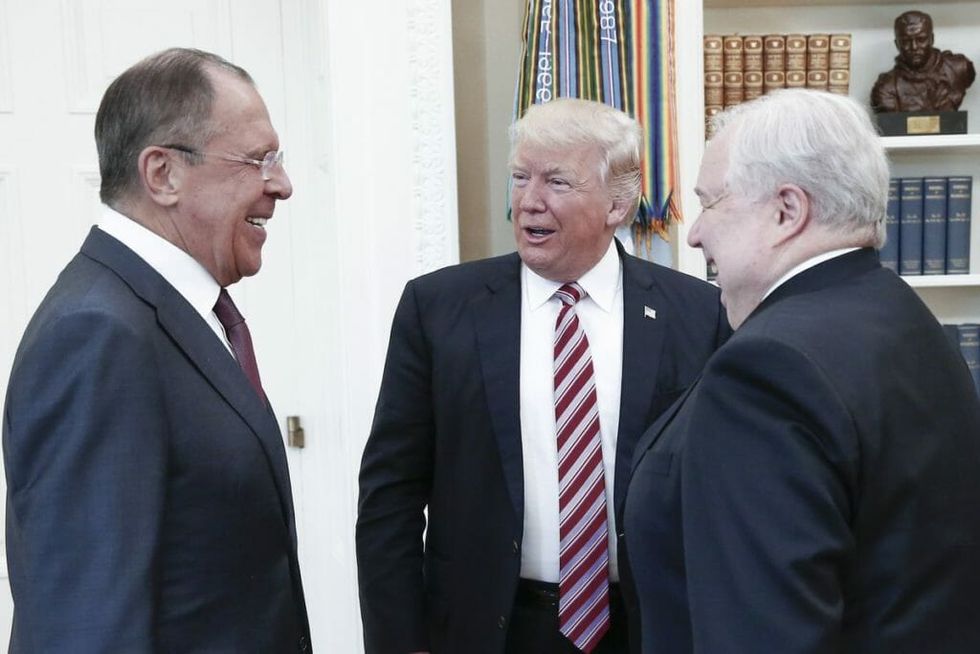 U.S. officials familiar with the meeting said Trump revealed "code-word information" related to the Islamic State, boasting to the Russian officials, “I get great intel. I have people brief me on great intel every day."

According to the Post, Trump "described how the Islamic State was pursuing elements of a specific plot and how much harm such an attack could cause under varying circumstances. Most alarmingly, officials said, Trump revealed the city in the Islamic State’s territory where the U.S. intelligence partner detected the threat."

This information had been provided to U.S. intelligence by a classified highly placed source with knowledge of the inner workings of ISIS. According to one official, Trump “revealed more information to the Russian ambassador than we have shared with our own allies.”

After the President spoke with the Russian officials, senior White House officials proceeded to place calls to the CIA and the National Security Agency to try to contain any damage that had been done.

In response to the report on Monday, the White House denied any wrongdoing. Speaking to reporters, Trump's national security advisor H.R. McMaster, who was present at the meeting, said:

“The president and the foreign minister reviewed common threats from terrorist organizations to include threats to aviation. At no time were any intelligence sources or methods discussed, and no military operations were disclosed that were not already known publicly.”

But the report never claimed the President revealed "sources or methods."

Trump took to Twitter Tuesday morning to defend his actions, appearing to confirm the Post's reporting.

It's correct that the President has the authority to declassify information at will, but according to U.S. officials, "in this case he did so without consulting the ally that provided it, which threatens to jeopardize a long-standing intelligence-sharing agreement."