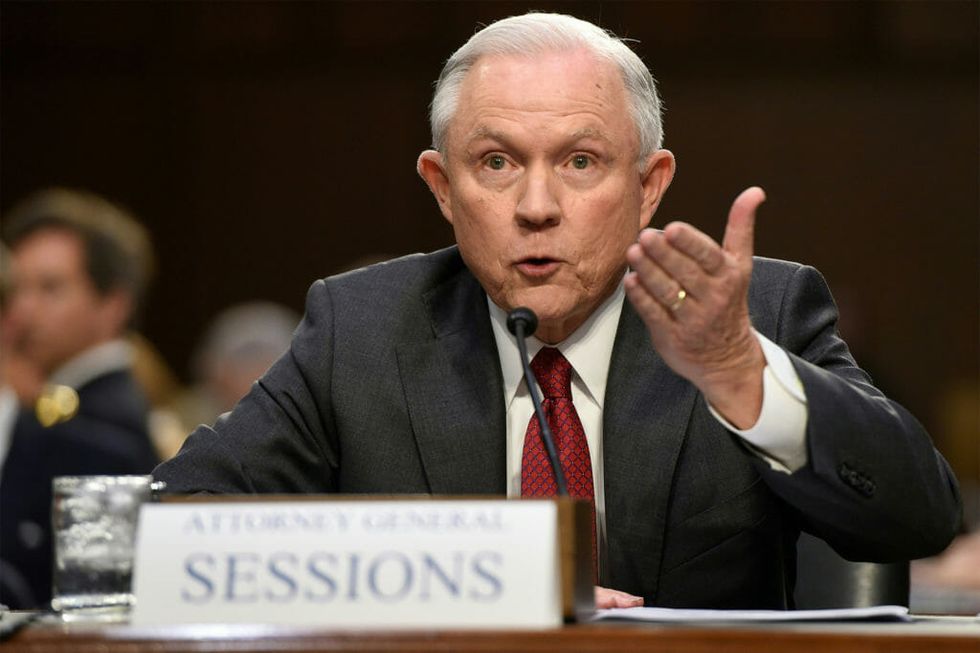 Richard Burt, an American lobbyist for Russian interests who worked closely with the Trump team during the 2016 campaign, confirmed Thursday that he attended two dinners with then Senator and Trump advisor Jeff Sessions, contradicting Sessions' own sworn testimony in front of the Senate Intelligence Committee this week.

During the open hearing on Tuesday, Senator John McCain asked Sessions directly about contacts with American lobbyists for Russian interests and Sessions answered that he did not believe he had had any such meeting.

MCCAIN: During that 2016 campaign season, did you have any contacts with any representative, including any American lobbyist or agent of any Russian company within or outside your capacity as a member of Congress or a member of the Armed Services Committee?

SESSIONS: I don't believe so.

Burt confirmed to The Guardian that he did meet with Sessions on two separate occasions during the campaign:

“I did attend two dinners with groups of former Republican foreign policy officials and Senator Sessions."

In October, Politico reported that Sessions had in fact hosted those dinners and that:

Burt was invited to discuss issues of national security and foreign policy, and wrote white papers for Sessions on the same subjects, according to Burt and another person with knowledge of the situation.

Sessions at that point had been named chairman of Trump’s national security committee.

Burt's involvement with the campaign dated back to at least April of 2016 when he advised Trump on his first major policy speech, delivered at the Mayflower Hotel in Washington, D.C., where Russian Ambassador Sergey Kislyak was in attendance.