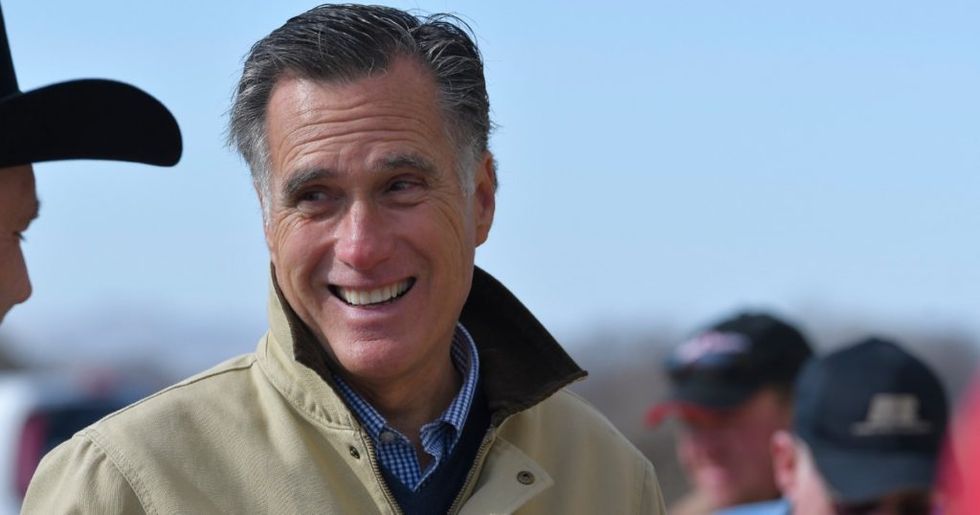 Senator Mitt Romney (R-UT) was interviewed for an in-depth profile in The Atlantic, but only one moment stood out to Slate writer Ashley Feinberg.

In the piece, Romney admitted to having a fake Twitter account meant for "lurking"—or viewing tweets while rarely or never actually tweeting. Romney wouldn't confess in the Atlantic piece what the name of his account was, but he did name how many people he followed and alluded to who some of there were.

That was enough for Feinberg, who painstakingly looked through the followers of certain Romney children and grandchildren until she found a common link: @qaws9876—also known as Pierre Delecto.

The account followed a number of Romney aides and staffers and occasionally tweeted questions regarding Romney's perception among pundits and journalists. Delecto's 10 tweets—the first being sent a whole four years after he joined—are mostly used to ask questions of experts, such as "What can the Senate do to stop [Trump's Syria withdrawal]?" or it's used to correct pundits who accuse him of being spineless.

Feinberg made a pretty solid case as to why this was Romney's secret account.

And soon, he confirmed it himself to Atlantic writer, McKay Coppins.

While the lurker account didn't have many surprising tweets, the name "Pierre Delecto" stood out to many.

Romney's account has sent been set to private, but not before it gained over 1100 new followers.