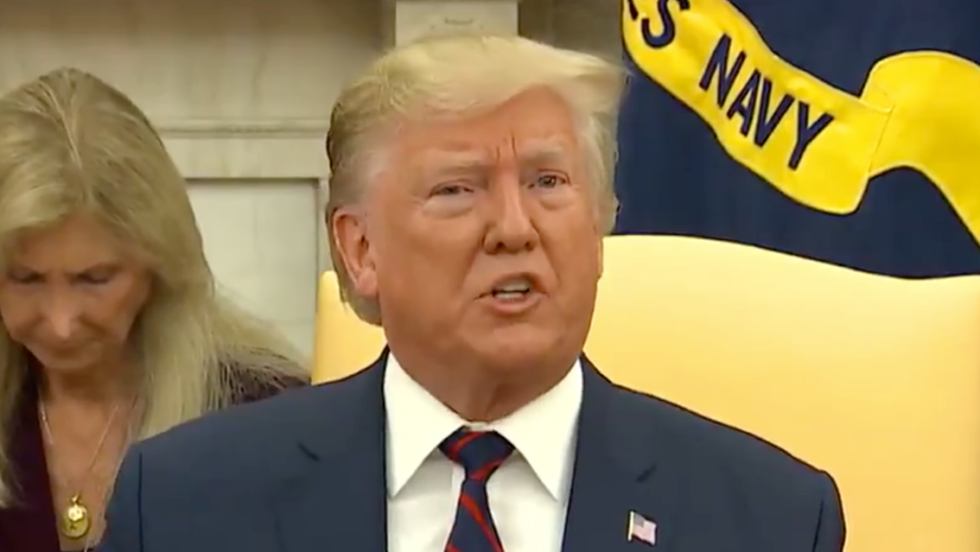 While talking to reporters on Wednesday, Trump went into an obsessive rant regarding a Democratic National Committee server, which he thinks is in Ukraine, that could upend the entire premise of Russia's interference in the 2016 election.

"Where is the server? How come the FBI never got the server?" Trump asked, continuing:

So why does Trump keep pushing this conspiracy theory?

I'm glad I asked. Collusion between Democrats and Ukraine would be a panacea forever removing the asterisk from the legitimacy of Trump's presidency. It would vindicate all his cries of "witch hunt" and all the weight that came with a foreign enemy using acts of cyberterrorism to get him elected. Trump has constantly demonstrated a fixation on personal image. How could he resist pursuing a nonexistent silver bullet against his critics? Even if that pursuit led him to commit the very offense he's spent his Presidency trying to vindicate himself from: enlisting a foreign power to influence an election.

If it were a Greek tragedy, it'd make a compelling one.

But it's not, and that's why people were disturbed by his zombification of a long-dead issue.

Meanwhile, the Trump administration admits it tucked away records of various phone calls between Trump and other world leaders onto—you guessed it—a secret server. Those records have yet to be released.