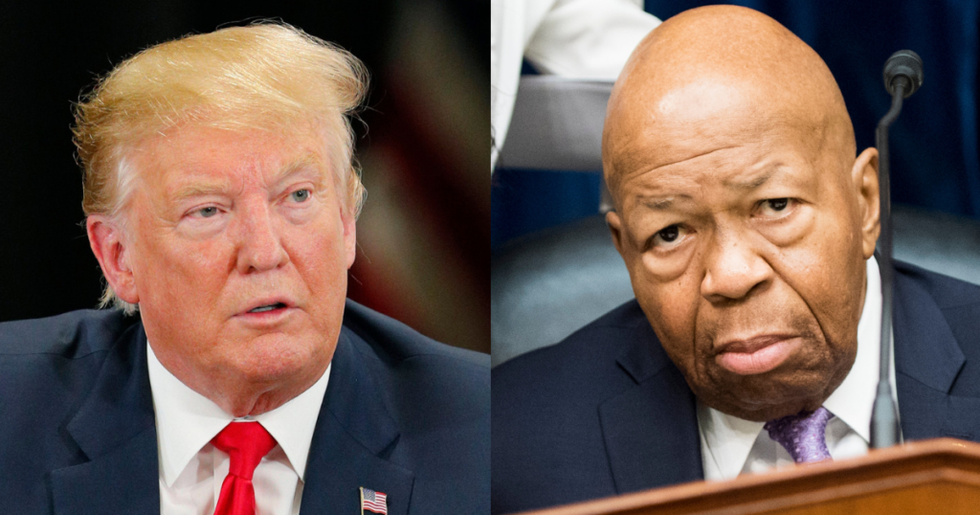 During a days long tweet storm that he's yet to move on from, President Donald Trump called Congressman Elijah Cummings (D-MD) a racist after insulting the congressman's district, Baltimore, as a "rat and rodent infested mess," claiming that "no human being would want to live there.

While Democrats are coming out firmly against the president's characterization of both Cummings—a civil rights activist in the 1960s—and the primarily black city of Baltimore, Trump's Republican allies have been more reticent to defend either.

One of the few to speak out was Congressman Mark Meadows (R-NC), a close personal friend of Cummings, who said in texts to CNN's Rick Santorum:

"No one works harder for his district than Elijah. He's passionate about the people he represents, and no, Elijah is not a racist."

Meadows stopped short of criticizing the president, however.

"I am friends with both men, President Trump and Chairman Cummings, and I know them both well, and neither is a racist. And he offered to go to Baltimore with President Trump to see what they could do to remediate some of the problems they have there."

Cummings did the same for meadows months ago during the infamous Michael Cohen hearing before the House Oversight Committee, of which Cummings is the chair. Meadows brought up Lynne Patton, a Trump advisor and black woman who stood silently while Meadows spoke, as proof that Trump wasn't racist. Congresswoman Rashida Tlaib (D-MI) called this a "racist act" and accused him of using Patton as a prop.

Meadows grew livid and nearly to the point of tears. He turned to Cummings to defend him against charges of racism, which Cummings did.

Meadows's texts to Santorum, which came days after Trump's attacks against Cummings, weren't considered nearly as wholehearted or unequivocal as Cummings's similar defense of him.