NASA Just Spotted a Formation on Mars That Looks Just Like the 'Star Trek' Starfleet Command Logo, and Fans Are Losing Their S***

Where no orbiter has gone before. 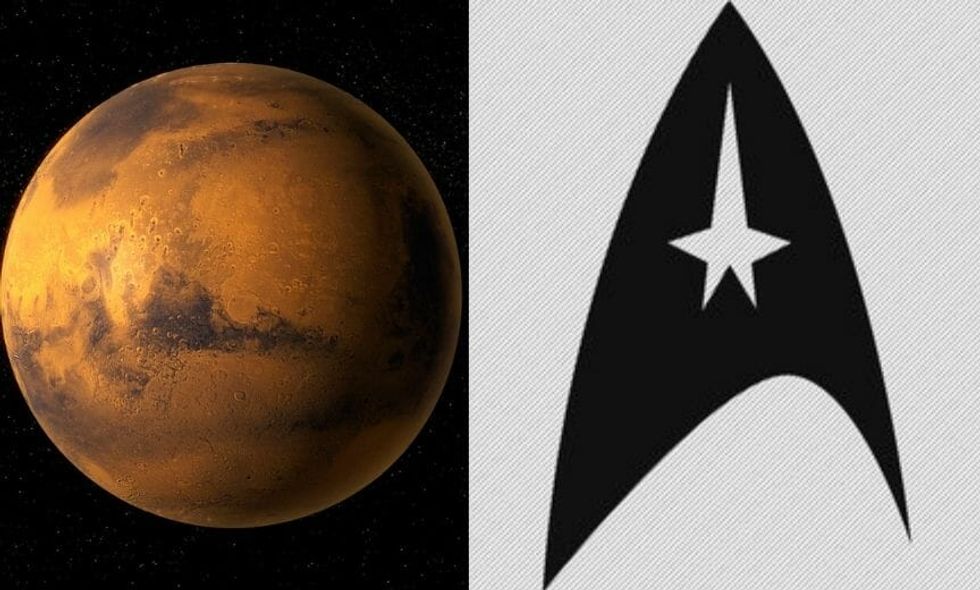 A crater of cosmic coincidence has formed on Mars and it has Star Trek fans down here on Earth going wild.

While we would love to think that some of the greatest heroes of science fiction have set up camp on our neighbor planet, the actual explanation is almost just as cool.

The shape comes from what was once a crescent shaped dune. When lava from a Martian volcano flooded the area, it pooled around the dune, creating an island formation. Over centuries, the wind blew the dune's loose sediment away, leaving only the surface that was left untouched by the lava.

Soon, William Shatner aka Captain Kirk joined in the fun.

The science of the formation didn't stop fans from embracing the fiction.

@CNN Aliens do exist and they are Trekies. 🖖🏼 Seriously gives me Futurama vibes. Remember the episode where alien… https://t.co/jgMfqMPHg2
— Casper Rose (@Casper Rose) 1560453501.0

After all these years, Star Trek has us looking skyward. Like the orbiter that captured the image, we're going boldly where no one has gone before.