So They Just Found a Gigantic Lake of Molten Carbon Beneath the U.S. 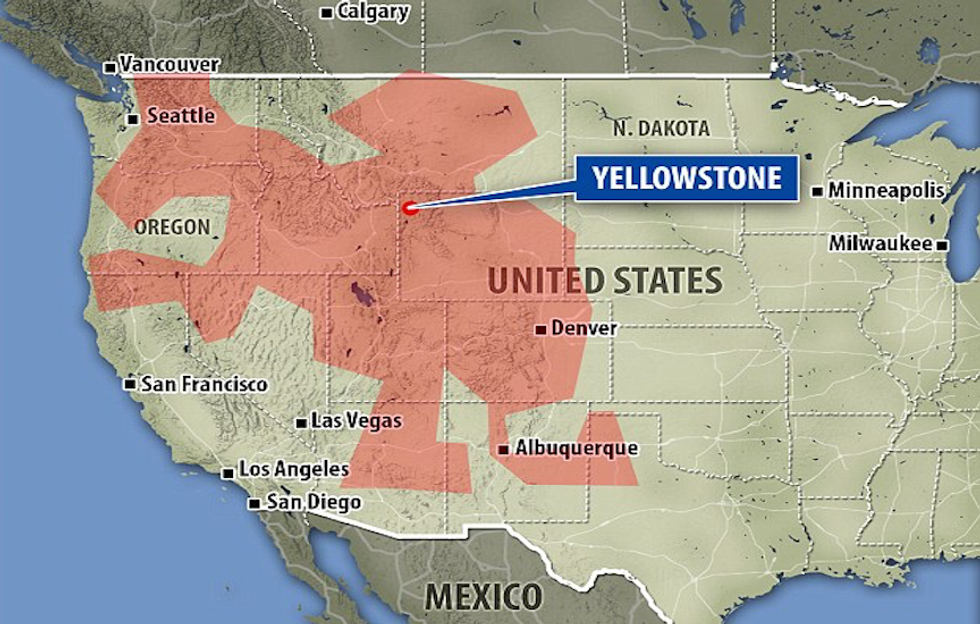 Nearly twenty percent of the area under the land surrounding Yellowstone National Park, about 700,000 square miles, rests on top of a lake of liquid carbon. This discovery was published in the most recent volume of Earth and Planetary Science Letters.

The geologists behind the research are Saswata Hier-Majumder of the University of London and Benoit Tauzin of Ecole Normale Supérieure de Lyon. They used a global network of 583 seismic sensors to create a rendering of the upper mantle of Earth. The lake they detected is 217 miles below the surface of Earth, a distance far too deep to reach with current technology.

Plate tectonic forces known as subduction created the carbon lake. The Pacific Plate pushes under the North American Plate creating high pressures and extreme temperatures that cause part of the plate to melt and form the lake. The vibrations created as the plate melts are what allowed the researchers to find the lake using seismic readings.

"It would be impossible for us to drill far enough down to physically ‘see’ the Earth’s mantle, so using this massive group of sensors we have to paint a picture of it using mathematical equations to interpret what is beneath us," said Hier-Majumder.

The discovery has larger implications because it seems to indicate that the amount of carbon on Earth is far greater than what scientists previously believed. For a comparison,

"We might not think of the deep structure of the Earth as linked to climate change above us, but this discovery not only has implications for subterranean mapping but also for our future atmosphere," Hier-Majumder said in a press release, "For example, releasing only 1% of this CO2 into the atmosphere will be the equivalent of burning 2.3 trillion barrels of oil. The existence of such deep reservoirs show how important is the role of deep Earth in the global carbon cycle."

Luckily for us, such a release is unlikely. The only way for the carbon to be released is through volcanic activity that is not predicted for millions of years. Heir-Majumder told the Daily Mail, "The residence time of this carbon in the mantle is relatively large (nearly 1 billion years), so this reserve is not an imminent threat."

So even though the Yellowstone "supervolcano" sits over this molten carbon, we should be safe for a few more generations. The volcano, which last erupted 640,000 years ago, could be overdue for an eruption, but many scientists say it is still 50,000 years away. When it does erupt, the results will be devastating. Much of the US will be covered in ash and sulfur particles could block the Sun for years afterward.