A Japanese Spacecraft Just Fired a Bullet Into an Asteroid After Landing On It, and Welcome to 2019 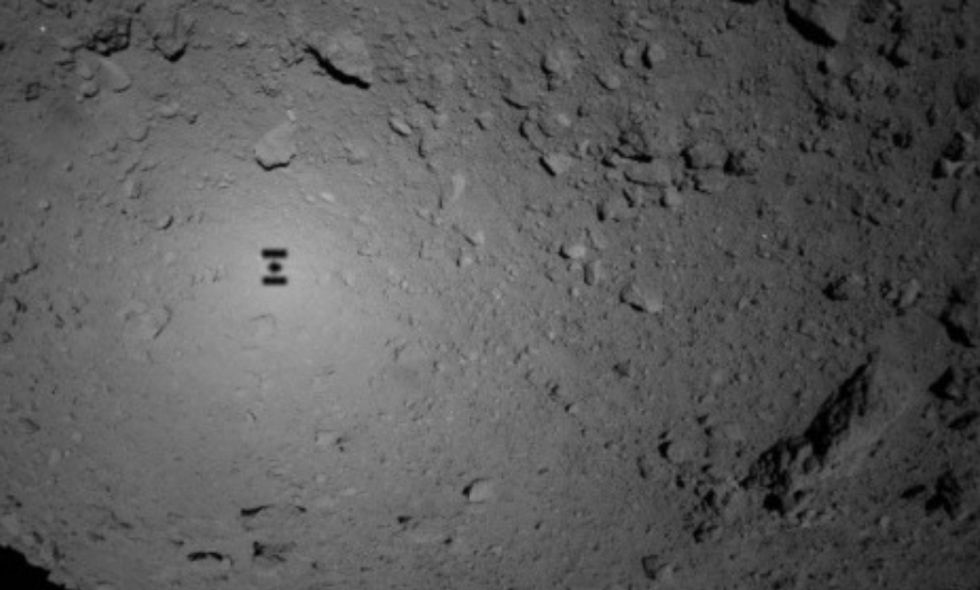 Around 6 pm on Thursday night, the Japanese spacecraft Hayabusa 2 touched down on Ryugu—a distant asteroid.

The craft wasn't there to make friends, something it promptly proved by firing a bullet into the asteroid. The goal, according to officials at the Japan Aerospace Exploration Agency, is for Hayabusa 2 to collect debris from the asteroid to bring back to Earth for testing.

It marks the completion of a long and arduous journey for Hayabusa 2. The craft was deployed in 2014, taking nearly four years to complete its 2 billion mile journey to Ryugu's orbit in June of 2018. After dropping rovers onto the asteroid's surface for months, Hayabusa 2 finally landed on the rock itself to fire the bullet and collect the subsequent debris.

The craft was reportedly successful in gathering the sample.

Now, the craft will make the treacherous 3 billion mile journey back home, where it's expected to drop the sample at a location over Australia, but it won't reach Earth's atmosphere until at least 2020.

Judging by Twitter, it will be arriving to a warm reception.

Whatever you’re doing in an hour, this incredible, brilliant nonsense will be happening in space https://t.co/Q0BbgHKMrN
— Mat Larkin (@Mat Larkin) 1550786399.0

Americans also had the most American response ever.

Infamous for the epidemic of gun violence plaguing the nation, Americans couldn't help but relate the bullet back to that.

@nytimes Japan shot up an asteroid before America got a chance to pull the trigger? Well color me suprised.
— Beefsister 🆑 (@Beefsister 🆑) 1550807116.0

Unlike the crisis of gun violence, Japan's efforts represent the power of human innovation. NASA wished them luck as its own officials prepare for a similar mission.

Good luck to @JAXA_en and the Hayabusa2 team with the planned touchdown on the asteroid Ryugu. With both Hayabusa a… https://t.co/PvD0jaAwmt
— NASA Solar System (@NASA Solar System) 1550764188.0