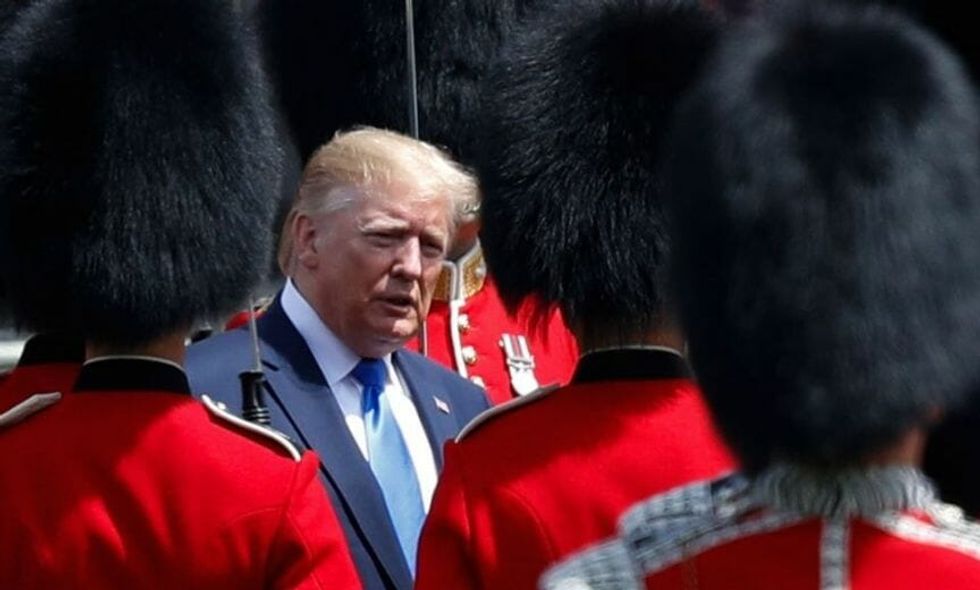 It's two days into President Donald Trump's state visit to the United Kingdom and the English people have made it perfectly clear just how welcome the president is.

Just days after Trump's UK popularity ratings and John McCain's name were projected onto landmarks in London, thousands of protestors took to Trafalgar Square with signs, costumes, and chants decrying Donald Trump. However, one display is stealing the show.

That's right: some inventive protestors created a talking sculpture of the president on a golden toilet, a phone in his hand, randomly shouting some of Trump's greatest hits, like "you are fake news!" and "I'm a very stable genius."

People couldn't help but admire the work of art.

@RichardEngel @ImIncorrigible I've lost a lot of pride in Britain since the referendum, but this is what the Britis… https://t.co/SHfQEttcGV
— hi priest teeth 🇪🇺 (@hi priest teeth 🇪🇺) 1559639278.0

Others threw in roasts of their own.

But Trump on a Toilet wasn't the only notable demonstration at the Trafalgar Square protests.