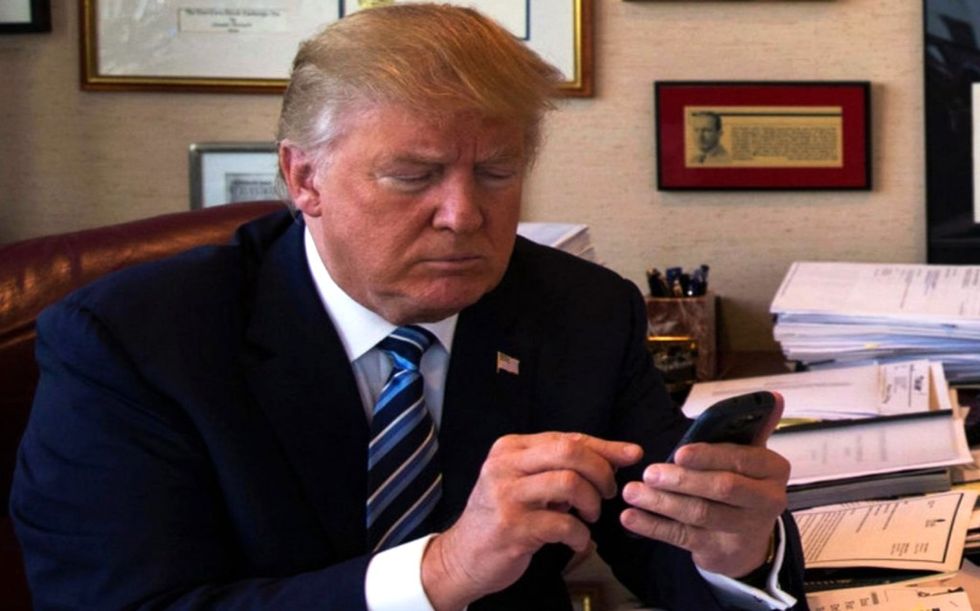 The 45th President of the United States tweets rather prolifically. Because of this, there is much to mine online in the Twitter history of Donald Trump, before and after he became president.

And frequently, within his reported over 35,000 tweets, is one that comes back to haunt him.

According to their description, "For every Trump action there is a Trump tweet criticizing that action." There are over 900 examples posted so far.

But why bring this up now? Then candidate Trump posted the tweet back in July 2016.

They then, through another party, leaked emails from senior Democratic Party members during the 2016 presidential election campaign. The hacks and leaks threw the DNC into disarray only months before the election.

On June 9, 2016, Donald Trump Jr. and Jared Kushner, the president's son-in-law, met at Trump Tower with at least one admitted Russian government operative. After the election, the Trump administration initially lied about the purpose of the meeting, but eventually revealed, during congressional testimony, the real reason was gathering information damaging to the campaign of Hillary Clinton.

Reddit is not the only place that Trump's 2016 tweet, coming a little over a month after his campaign's meeting with Russian operatives offering them DNC dirt, got notice.

But that Trump tweet —designed to discredit the idea of a Russian led deliberate hack of the DNC emails— is not the only thing being resurrected from July of 2016. Twitter user Steven D. Schroeder reminded Kyle Griffin of a 2016 interview Griffin shared last year.

In it, Trump Jr. appeared in an interview with Jake Tapper, a day before his father's tweet attempted to poke holes in the Russian email hacking story. In the interview, Trump Jr. claimed there was no basis for DNC claims of Russian interference or attempts to help the Trump campaign.

This interview was a little more than a month after Russians contacted Trump Jr. to set up a meeting to, according to Trump Jr.'s sworn congressional testimony, offer him damaging information against Hillary Clinton.

And another person brought up a July 2017 tweet by the President, one year after the denials of Russian hacking and one year before the indictments. In it, Trump posted he discussed developing an "impenetrable Cyber Security unit" to protect elections... with Vladimir Putin.

After today's indictments though,some in the Twittersphere are simply bracing for a reaction on the President's Twitter account.