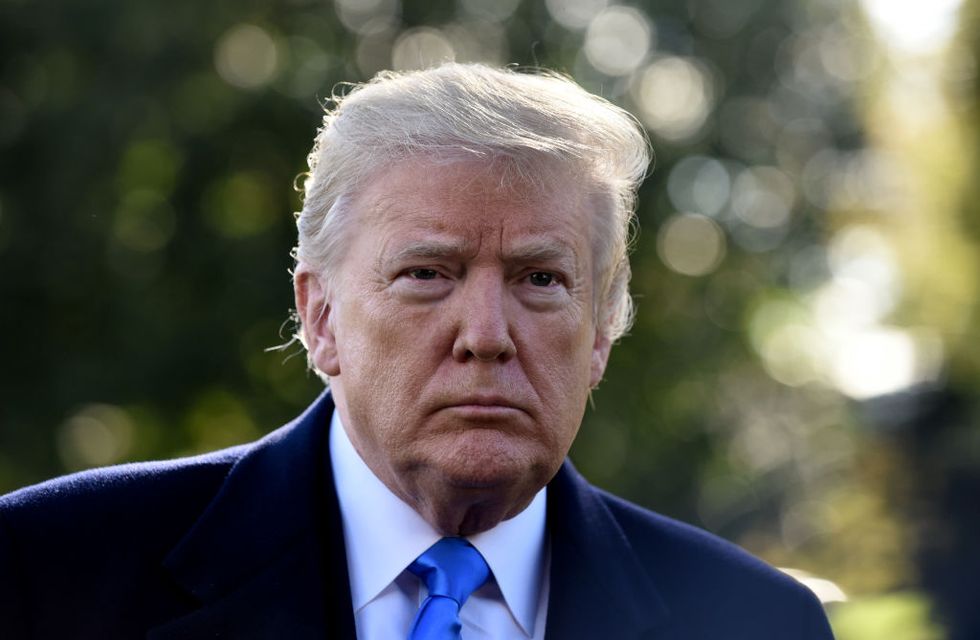 WASHINGTON, DC - OCTOBER 13: (AFP OUT) U.S. President Donald Trump speaks to reporters on the South Lawn before boarding Marine One at the White House on October 13, 2018 in Washington, DC. President Trump is traveling to a rally in Kentucky. (Photo by Olivier Douliery - Pool/Getty Images)

Trump's trade policies have cost Americans and corporations more than $3 billion a month in higher taxes, executives affected by them feel "betrayed," and Trump himself has indicated that he doesn't even know how the tariffs he's so eagerly imposed even work.

But if you told him any of that, you might be out of a job.

Just ask the six economic advisors working for the president who all quit their jobs in one day late last month, Politico recently reported, fearing retaliation for publishing the effects of the president's policies in their reports.

The reports warned specifically of the damage Trump's tariffs would do to America's farmers, whom Trump promised to defend.

One of the economists who quit said:

"The administration didn’t appreciate some of our findings, so this is retaliation to harm the agency and send a message."

People think they know why it panned out like this.

@thehill The truth hurts. It hurts the potus to where he snaps to get even mindset. Better to get out now with your… https://t.co/Vwf6oYABoM
— Traumabay (@Traumabay) 1557262376.0

Who knew winning would be so tiresome?