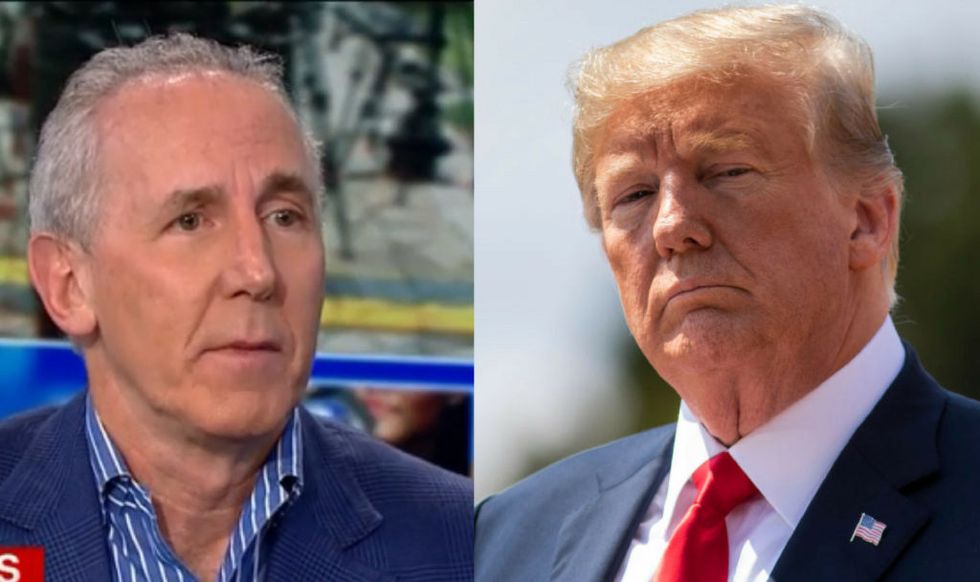 Tony Schwartz, the ghostwriter of President Donald Trump's 1987 book The Art of The Deal took to CNN on Monday determined to warn the country of what he believes Trump's trajectory will be.

Schwartz was given access to Trump for eighteen months in order to write a flattering portrait of the now-president for The Art of the Deal, but has since become one of Trump's most fervent opponents. He warned on CNN that because of Trump, the country is in a true state of emergency.

When asked by CNN's Brian Stelter if Trump seemed to be applying the principles of The Art of the Deal to his European tour, Schwartz replied:

I'm seeing him apply the Roy Cohn version of Art of the Deal which is pound, demand, insist, and say the same thing over and over again on the assumption that at a certain point people will collapse and accept what you said even if it's not true.

With such focus on Trump's perception globally, it seems the president is doubling down on his most famous positions. He said that NATO allies weren't paying enough, that Brexit wasn't soft enough, called CNN fake news before refusing to take a question from the network, and just before his much-anticipated summit with Putin in Finland, Trump blamed the United States for strained relationships with Russia. This comes days after an explosive indictment from Inspector General Rod Rosenstein revealed that twelve hackers working for the Russian military implemented an immense cyber attack on the United States' elections.

Our relationship with Russia has NEVER been worse thanks to many years of U.S. foolishness and stupidity and now, the Rigged Witch Hunt!
— Donald J. Trump (@Donald J. Trump) 1531721129.0

Trump's unyielding admiration for Putin is alarming many across social media.

This isn't the first time that Schwartz has warned against Trump and his ties to Putin.

As recently as Sunday, Schwartz took to Twitter to say that the Kremlin is not only an ally of Trump's, but an idol.

For this same reason, others are calling for the two leaders not to be left alone.

@JohnBrennan Who ever isn't freak out about this Putin Trump closed door meeting ought to be.
— Anita Davila (@Anita Davila) 1531750706.0

After a tumultuous NATO summit and an icy reception in the UK, Trump has set an especially reckless precedent for the meeting. Because the meeting is closed and neither leader's public words can be trusted, little can be known about what they will discuss and what effect it may have on the nation.