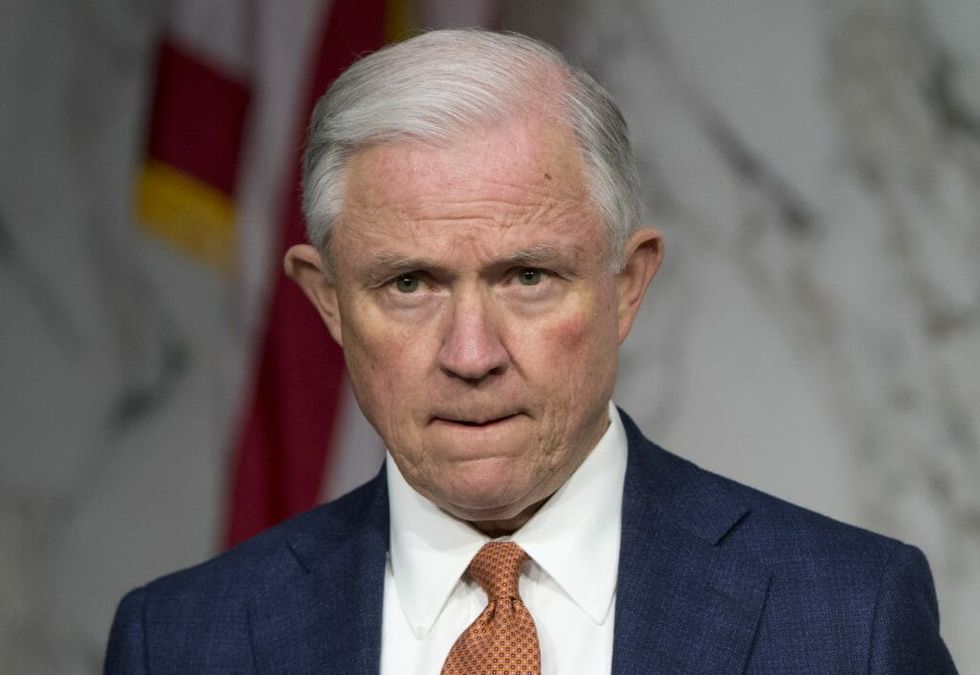 Few Republican legislators have come to the defense of Jeff Sessions after an explosive new report revealed that, while still a senator, Sessions spoke twice last year with Sergei Kislyak, Russia's ambassador to the United States, yet failed to disclose these encounters when asked directly during his confirmation hearing.

At Sessions’ January 10 confirmation hearing, Sen. Al Franken (D-Minnesota) asked him what he would do if he learned of any evidence that anyone affiliated with the Trump campaign communicated with Russia during the presidential race. “I’m not aware of any of those activities,” Sessions responded at the time. “I have been called a surrogate at a time or two in that campaign and I did not have communications with the Russians.” Critics are citing this sworn yet untrue statement as clear evidence that Sessions is hiding something, or at a minimum cannot be trusted to lead any investigation.

Prominent Republicans have urged their colleague to step down, among them Jason Chaffetz (R-Utah), the Chairman of the House Committee on Oversight and Government Reform, who recommended Sessions recuse himself and clarify his testimony.

In an interview on Morning Joe, House Majority Leader Kevin McCarthy (R-California) called for Sessions to bow out to preserve “the trust of the American people," but later attempted to walk back on his suggestion on Fox News.

Misleading the Senate in sworn testimony about one own contacts with the Russians is a good way to go to jail https://t.co/qH0s6sTMJ9
— Richard W. Painter (@Richard W. Painter) 1488423948.0

If these meetings were innocent, why did Sessions conceal them and why won't he come clean about what was said? https://t.co/xEHvYWDFsC
— Max Boot (@Max Boot) 1488420805.0

Senator Lindsay Graham (R-South Carolina) said that if Sessions' conduct with the Russian envoy proved improper or suspect, he would also join the call for Sessions to step down. "If there is something there and it goes up the chain of investigation, it is clear to me that Jeff Sessions, who is my dear friend, cannot make that decision about Trump,” he said during a CNN town hall. “But if there’s something there that the FBI thinks is criminal in nature, then for sure you need a special prosecutor. If that day ever comes, I’ll be the first one to say it needs to be somebody other than Jeff.”

Sessions' problems may have grown further, according to another report by The Wall Street Journal. That report stated that contacts Sessions had with the Russians during his time with the campaign were part of a wider investigation, and that the FBI, which Sessions heads as Attorney General, had been leading the investigation. This unusual circumstance was reportedly causing a great deal of consternation at the bureau as to how to proceed. Sessions apparently was unaware that he was the subject of any investigation.

As various members of the GOP weighed in this morning, the White House indicated the administration stands squarely behind Sessions. President Trump stated he had "full" confidence in Sessions and sees no need for him to recuse himself. The president voiced his support in response to a question before speaking at an event aboard a Navy aircraft carrier in Virginia.

The White House has stated, however, that it was unaware of the contacts that Sessions had with the Russian ambassador while serving as top advisor to the Trump campaign.

According to sources familiar with the investigation, U.S. officials have examined contacts Sessions had with Russian officials when he served as a foreign policy advisor on President Donald Trump's election campaign as part of a wide-ranging investigation into communications between members of Trump's team and Russian operatives. The FBI, the CIA, the NSA, and the Treasury Department are spearheading the investigation. A New York Timesreport revealed that President Barack Obama's administration was so concerned about Russian meddling in last year's elections that they took measures to ensure the incoming administration would not "cover up or destroy evidence."

In response to news reports, Sessions released a statement through Sarah Isgur Flores, his spokesperson, stating that Sessions did not consider his conversations with Kislyak in his response to Franken’s question and did not remember in detail what he discussed with the Russian ambassador.

“There was absolutely nothing misleading about his answer,” she said. Flores insisted Sessions met with Kislyak on Sept. 8 in his capacity as a member of the Senate Armed Services Committee, rather than in his role as part of the Trump campaign, adding that Sessions last year had more than 25 conversations with foreign ambassadors as a senior member of the Armed Services Committee, including the British, Korean, Japanese, Polish, Indian, Chinese, Canadian, Australian and German ambassadors, in addition to Kislyak.

But The Washington Post contacted all 26 members of the 2016 Senate Armed Services Committee to see whether any senators besides Sessions also met with Kislyak last year. Of the 20 who responded, every lawmaker, including Committee Chairman John McCain (R-Arizona) said they did not meet with the Russian ambassador.

One of the respondents was Sen. Claire McCaskill, who called for Sessions to resign this morning. “A good prosecutor would have known these facts were relevant to the questions asked,” she said in a statement. “It’s clear Attorney General Sessions misled the Senate—the question is, why? I’ve been on the Senate Armed Services Committee for 10 years, and in that time, have had no call from, or meeting with, the Russian ambassador. Ever. That’s because ambassadors call members of Foreign Relations Committee.”

Sessions spoke to an NBC camera crew this morning and while he did not deny meeting the Russian envoy, he denied speaking to him about the Trump campaign. "I have not met with any Russians at any time to discuss any political campaign," he said, "and those remarks are unbelievable to me and are false. And I don't have anything else to say about that." He issued a response to critics––Republicans and Democrats alike––who've urged him to step down. "I have said whenever it's appropriate, I will recuse myself. There's no doubt about that."