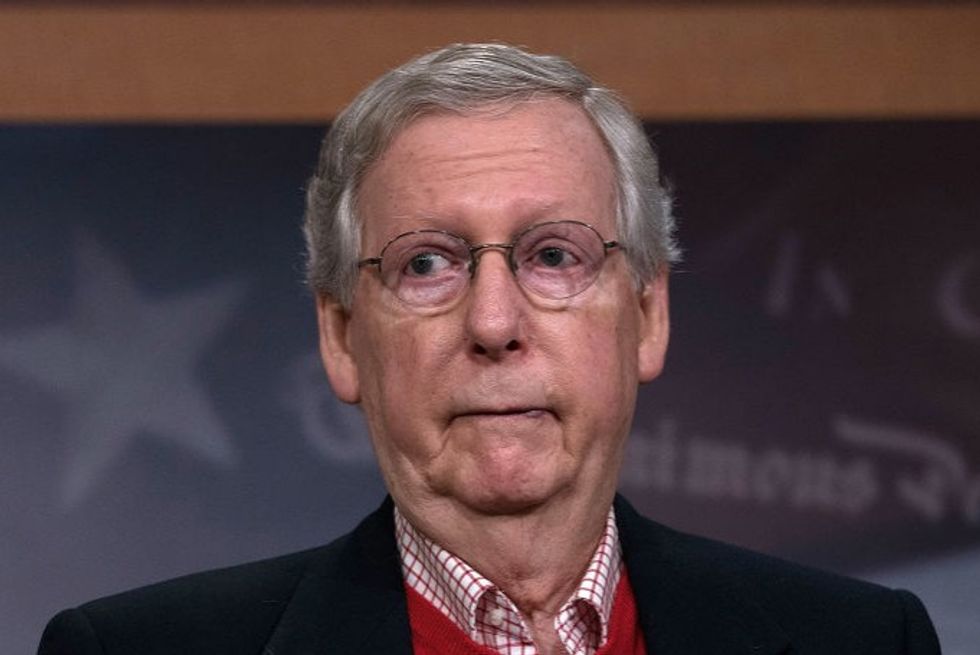 While Senate Majority Leader Mitch McConnell is not as prolific on Twitter as the man he serves, President Donald Trump, the Kentucky Republican took to the social media platform today to do a little gloating.

But how is this gloating?

The ban was upheld by the narrowest margin possible: 5-4. The deciding vote could be placed with Neil Gorsuch, Trump's appointee to the Supreme Court.

Trump's appointee who was only appointed because McConnell refused to allow hearings for Obama's nominee, Merrick Garland, to fill a position vacated well in advance of the 2016 presidential election by almost 9 months. The vacancy, created by the death of conservative Justice Antonin Scalia in February 2016, existed almost a full year before Trump took the oath of office in January 2017.

The obstructionism by McConnell served to block President Barack Obama from appointing another member of SCOTUS. The move was widely criticized since previous presidents had filled vacant SCOTUS seats closer to the ends of their terms of office.

While gloating on Twitter that he was responsible for the appointment of Gorsuch might have seemed like a good idea for his reelection campaign, it also reminded people how much McConnell knowingly obstructed progress in his capacity as Senate Majority Leader.

Openly stating your claim to fame is not doing something, but rather doing nothing is not a good look. McConnell's reelection campaign provided an image and a rallying cry for his opposition with their message.

And the Twittersphere is letting McConnell know.

People have taken to Twitter to let McConnell know they'll be voting against the GOP in November.

Mitch McConnell criticizing the Muslim ban, then getting Gorsuch on the Court to uphold it, and then celebrating th… https://t.co/guB9FLlXQc
— Isaac Chotiner (@Isaac Chotiner) 1530028238.0

And tomorrow Gorsuch guts the unions. I imagine McConnell’s social media team will have another pic to tweet out.
— Sam Stein (@Sam Stein) 1530025414.0

While Neil Gorsuch, who was gifted a SCOTUS seat by McConnell, may be a fan, Twitter is trending very anti-Mitch at the moment. Hopefully he has a thick enough shell to withstand the criticism.