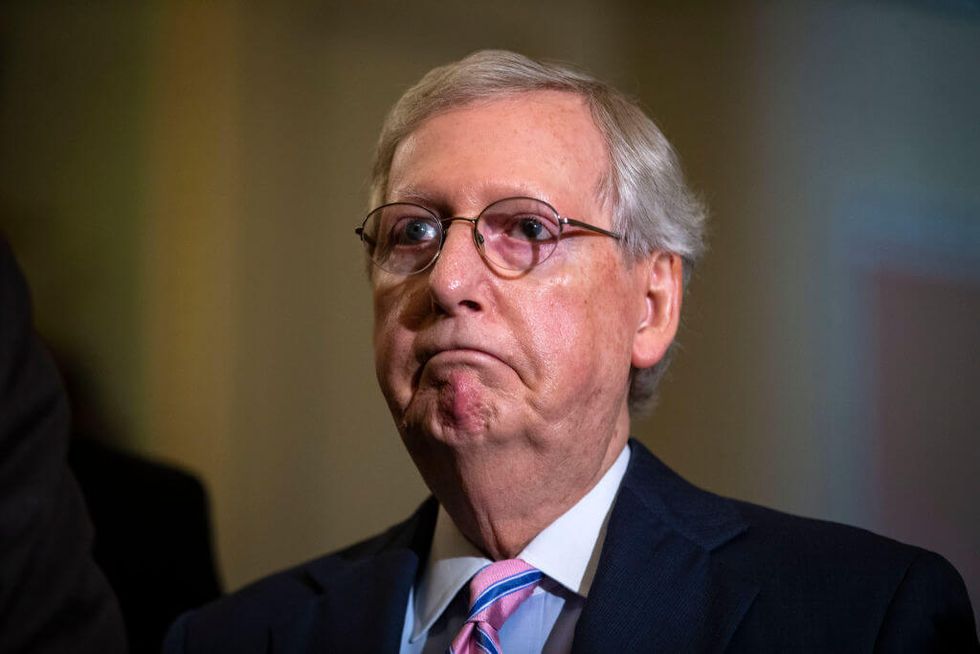 Senate Majority Leader Mitch McConnell (R-KY) penned an op-ed for Politico that has many Americans fuming.

The staunch Republican and one of President Donald Trump's most unwavering allies railed against Senate Democrats, blaming them for a hesitation to confirm Trump's nominees for lower court appointments and federal positions like the head of the National Highway Traffic Safety Administration.

"Since January 2017, for the first time in memory, a minority has exploited procedure to systematically obstruct a president from staffing up his administration. This new, across-the-board obstruction is unfair to the president and, more importantly, to the American people."

Coming from McConnell, the assertion seems rich. He famously obstructed former President Barack Obama at practically every turn, even going so far as to spearhead an unprecedented—and ultimately successful—effort to block Obama's appointment of Judge Merrick Garland to replace the late Justice Antonin Scalia on the Supreme Court.

Supreme Court appointments are a sitting President's prerogative, but that didn't seem to matter to McConnell, as many readers of the op-ed subsequently pointed out.

@politico If @senatemajldr has repented of the hyperpartisan obstructive model of government, he can start by offer… https://t.co/SzpjPaqsRW
— Verity Pace 🌐 (@Verity Pace 🌐) 1554117647.0

The hypocrisy from McConnell—who said one of the proudest moments of his life was denying Obama his duty to fill the Supreme Court vacancy—floored people.

@politico Spoken by the man who said his legislative agenda was to make Obama a one term president. Nobel prize for hypocrisy Mitch
— Charles Stanley (@Charles Stanley) 1554117372.0

@politico If this isn’t a joke SOMEONE SHOULD CALL HIM OUT ON THIS COMPLETE HYPOCRISY!
— Peggie Schommer (@Peggie Schommer) 1554116353.0

McConnell is up for reelection in 2020—the first time since the 2014 election that saw him become Senate Majority Leader. It's possible that Kentucky voters are tired of his obstruction and blatant hypocrisy, but we won't know for sure for another two Novembers.