A Recent Breakthrough Might Be The Key to Slowing Cancer Growth 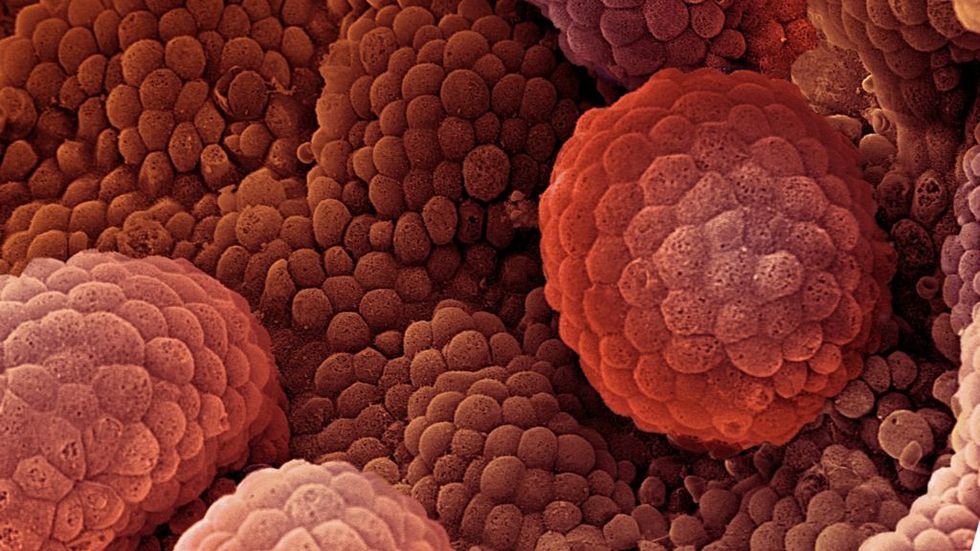 An overwhelming number of cancer deaths are caused by “metastasis” ––  the process of tumor cells spreading the disease throughout the body. In a new study published in the journal Nature Communications, researchers have identified a specific biochemical process that allows this cell-spreading behavior to occur. They’ve also found that two existing drugs used together may block that process, and slow the spread of the disease.

During the metastization process, cancer cells will travel via lymph nodes or bloodstream into different areas of a patient’s body. When moving throughout different tissue regions, the cancer cells grow until small tumors form. This, in turn, causes new blood vessels to develop, giving these new tumors a blood supply - allowing them to thrive in a new environment.

While many researchers believed that metastasis happens after the primary tumor reaches a certain size, lead author Hasini Jayatilaka found it was the tumor's density - not size -  that determined when it would metastasize.

“We found that it was not the overall size of a primary tumor that caused cancer cells to spread, but how tightly those cells are jammed together when they break away," said Jayatilaka in a statement. “At a fundamental level, we found that cell density is very important in triggering metastasis.”

She found that once a tumor reaches a certain density, it releases two proteins named “Interleukin 6” and “Interleukin 8.” Together, these proteins send the message to cancer cells that a tumor has grown too crowded, and it’s time to break off into other parts of the body.

Interestingly, Jayatilaka and her colleagues found that a mix of medications might help to slow metastasis by blocking this pathway.  When used in tandem, the drugs bind to the Interleukin receptors and block the signals telling a tumor to break apart. The two medications used were Tocilizumab, an immunosuppressive drug used to treat rheumatoid arthritis, and Reparixin, which is currently being evaluated for use in breast cancer cells.

Though the metastasis process was not entirely stopped, the mice given this drug cocktail during experimental trials fared better and survived longer than their undrugged counterparts. And while this treatment has only been conducted on animal models thus far, the researchers believe their discovery can play an important role in human-based cancer research.

Despite the fact that metastization contributes to about 90% of cancer deaths according to the study’s authors, commercial cancer treatments will typically target the primary cancer site, rather than inhibiting metastasis. The next step for the team is to test the treatment’s effectiveness in human subjects. The researchers are hoping for a future where, one day, cancers will be fought with a combination of chemotherapy to shrink a tumor, and drug cocktails to ensure they won’t metastasize.