“Offensive” Denial Leads to Multiple Calls for Spicer to Resign 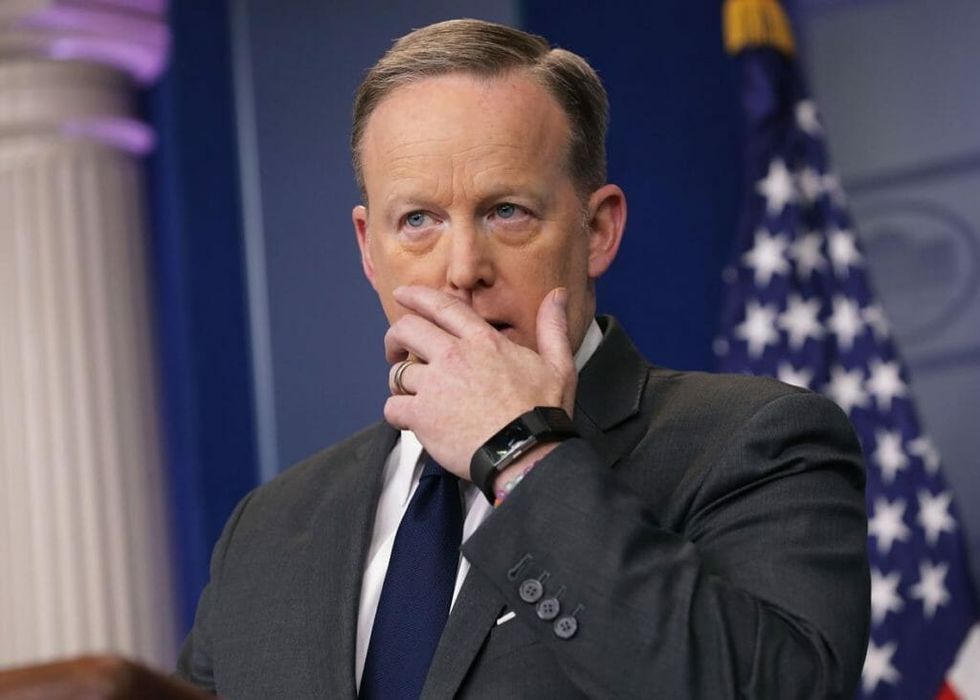 Sean Spicer is facing calls to resign from his position as press secretary after a Tuesday press conference in which he compared Hitler favorably to Syrian President Bashar al-Assad, falsely claiming that Hitler did not use "gas on his own people."

Response to the comments was quick and scatching. Steven Goldstein, Executive Director of the Anne Frank Center for Mutual Respect, called for the press secretary to resign. So did House Minority Leader Nancy Pelosi.

In his statement, Goldstein said, "On Passover no less, Sean Spicer has engaged in Holocaust denial, the most offensive form of fake news imaginable, by denying Hitler gassed millions of Jews to death. Spicer’s statement is the most evil slur upon a group of people we have overheard from a White House press secretary. Sean Spicer now lacks the integrity to serve as White House press secretary, and President Trump must fire him at once."

Pelosi's statement was similar. "While Jewish families across America celebrate Passover, the chief spokesman of this White House is downplaying the horror of the Holocaust. Sean Spicer must be fired, and the President must immediately disavow his spokesman’s statements. Either he is speaking for the President, or the President should have known better than to hire him."

During the briefing, Spicer first said that "someone as despicable as Hitler who didn't even sink to using chemical weapons." When asked to clarify his comment, he compounded the error, saying, "I think when you come to sarin gas, there was no — he was not using the gas on his own people the same way that Assad is doing. I mean, there was clearly, I understand your point, thank you. Thank you, I appreciate that. There was not in the, he brought them into the Holocaust center, I understand that. What I am saying in the way that Assad used them, where he went into towns, dropped them down to innocent, into the middle of towns, it was brought — so the use of it. And I appreciate the clarification there. That was not the intent."

Fact-checking site Politifact rated this claim "Pants on Fire" because Hitler used chemical weapons in the gas chambers that killed up to 6,000 people a day. Those killed included Jewish citizens of Germany.

Less than 30 minutes after the briefing concluded, Spicer issued an apology. "In no way was I trying to lessen the horrendous nature of the Holocaust," Spicer wrote. "I was trying to draw a distinction of the tactic of using airplanes to drop chemical weapons on population centers. Any attack on innocent people is reprehensible and inexcusable."

He also went on CNN to be interviewed by Wolf Blitzer, who asked Spicer to clarify his apology. "Tell us who you’re apologizing to right now,” he said. “There are Holocaust survivors out there who were listening to what you said and couldn’t believe a spokesman, the press secretary for the president of the United States, would make such a statement. So just specifically, tell us who you want to apologize to."

Spicer replied that his apology was to Holocaust survivors, their descendants, and anyone offended by his comments.

"I was obviously trying to make a point about the heinous acts that Assad had made against his own people last week, using chemical weapons and gas," he said. "Frankly I mistakenly made an inappropriate and insensitive reference to the Holocaust, for which there is no comparison. And for that I apologize. It was a mistake to do that."