Michelle Obama Just Savagely Compared the Obama White House to the Trump White House, and People Want More of No F***s to Give Michelle 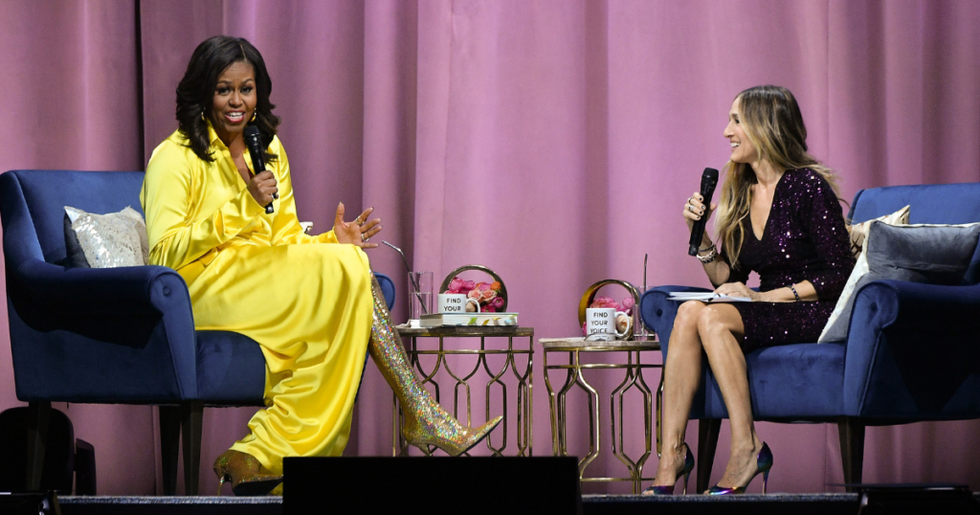 Speaking at the Barclays Center in Brooklyn, Mrs. Obama—on tour promoting her memoir, Becoming: An Intimate Conversation with Michelle Obama—talked about what it felt like to be part of the first black family to live in the White House.

"Oftentimes, when you're the first or the only, the bar shifts a lot, right?" Mrs. Obama told Sarah Jessica Parker.

"The bar gets set, you meet it, exceed it, they move the bar, and we're watching that right now—the bar's just swinging, and swinging. There is a totally new bar—never seen this bar before, ever, But when we were in office, our bar was very different—not getting indicted, and telling the truth."

Shortly thereafter, Mrs. Obama said her joke "is going to be reported on—'Michelle Obama throwing shade,'" she said. "These are just facts!"

@thehill Trump's bar is set so low that there is literally nothing he could do that would surprise anyone. That's how bad it is.
— Matthew May (@Matthew May) 1545318814.0

For some, Mrs. Obama's remarks struck a personal chord, as racial disparity still very much exists.

The Obamas are missed.