Republican Congressman Slams Trump After Report That U.S. Forces Bombed Our Own Base in Syria as Turkish Forces Closed in 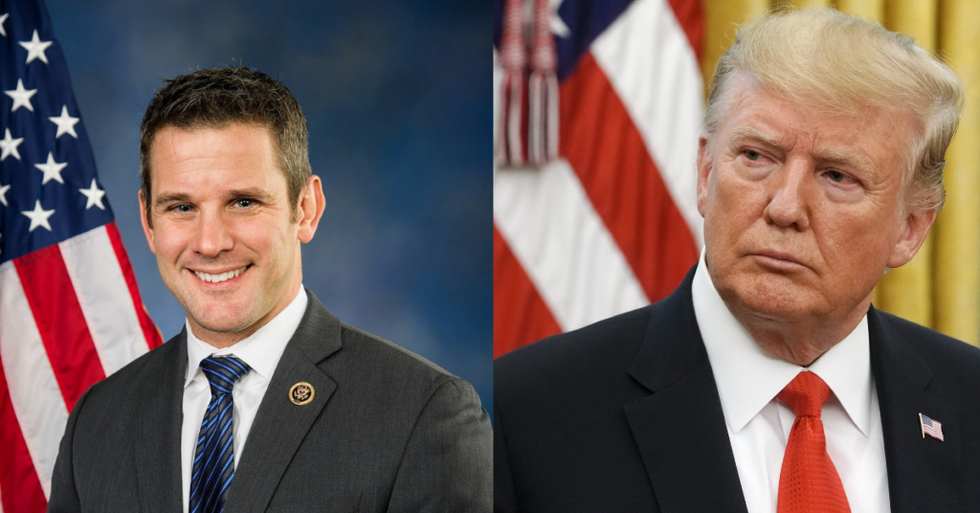 Kinzinger—a military veteran of both Iraq and Afghanistan—shared a screenshot of a Wall Street Journal (WSJ) article on Twitter with the caption:

"Wow. We bombed our own base on purpose, because of the impulsive decision by [Donald Trump] didn’t leave time to evacuate the right way. Is this the America you grew up believing in?"

Wow. We bombed our own base on purpose, because of the impulsive decision by @realDonaldTrump didn’t leave time to… https://t.co/IQuEuveZSt
— Adam Kinzinger (@Adam Kinzinger) 1571277725.0

The full WSJ screenshot can be seen here.

In the article excerpt, The Wall Street Journal reports US F-15E fighters carpet bombed a former joint operation location shared by the US military and their Kurdish allies. The Kurds had abandoned the base of operations and the invasion by Turkey pushed toward their location.

According to Kinzinger—who has the combat experience to back up any claims—Trump's decision to immediately begin the military withdrawal did not give US forces the necessary time to decommission or properly turn over joint operation locations to allies.

Kinzinger was not alone in his criticism either.

Honestly it's hard to construct a better metaphor for the Trump administration than the fact that the United States… https://t.co/FBjElfm4h4
— Binyamin Appelbaum (@Binyamin Appelbaum) 1571275738.0

@BCAppelbaum @juliettekayyem Here in New Zealand the news footage of a Russian reporter showing off the base from w… https://t.co/Pzfr0i7cFt
— Jo McKee (@Jo McKee) 1571277958.0

Some raised concerns over what exactly the United States left behind during the immediate withdrawal.

People again questioned who President Trump worked for and where his loyalties lie.

But others reminded Kinzinger who enabled Trump.

The President continues to receive pushback from his own party and former fervent supporters. However so far he shows no signs of changing his mind.

The book The Plot to Destroy Democracy: How Putin and His Spies Are Undermining America and Dismantling the West is available here.