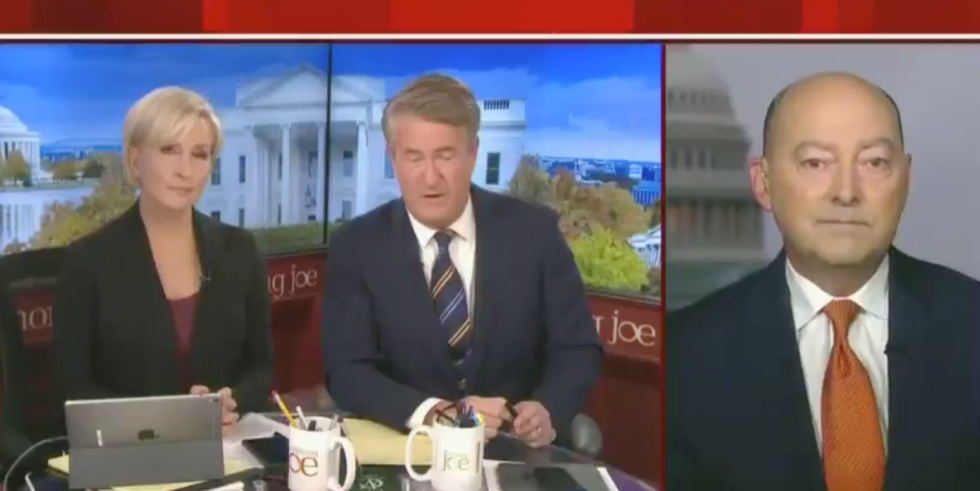 In a speech taking credit for an operation that led to the death of ISIS leader Abu Bakr al-Baghdadi, President Donald Trump said that the Islamic State was better at the internet than everyone but Trump himself.

Retired Four Star Admiral James Stavridis disagreed, asserting that ISIS is far more adept at using the internet to recruit and radicalize new followers, despite being heavily crippled by military operations in the past few years.

In an interview on Morning Joe, Stavridis said that Trump's description of al-Baghdadi's death, in which Trump claimed Baghdadi "died like a dog, he died like a coward. He was whimpering, screaming and crying," would be "motivational" to ISIS and could lead to more fighters.

"The problem here is there's that internal desire to kind of take a victory lap, but it's counterproductive," Stedavris said. "It comes across as unprofessional...and here's the real problem: It's motivational for the other side. Some will make an argument that i

"I would say they're better than Donald Trump. They're managing currently to conduct global operations without owning a shred of territory. After we took the caliphate away from them, which was another good accomplishment, they still conducted a massive attack in Sri Lanka [during Easter] using the internet to recruit, proselytize and conduct the operation."

ISIS uses anti-Islamic sentiments from American leaders to paint a picture of rampant Islamophobia as an American value, thereby justifying terrorist acts. ISIS fighters believe dying for their cause is an act of martyrdom that guarantees paradise. Though his base will likely take Trump's characterization of Baghdadi's death as a show of American might, It will likely only motivate remaining ISIS fighters and create new ones.

That Baghdadi was "whimpering and crying" is an obvious lie by a man who STILL doesn't get radical Islam. Such jiha… https://t.co/YMpRPp0Hx9
— Kurt Eichenwald (@Kurt Eichenwald) 1572286030.0

...which is why THIS lie has such a devastating impact on the security of the United States (and Trump properties,… https://t.co/wg3HRyqg7g
— Kurt Eichenwald (@Kurt Eichenwald) 1572286321.0

...what that means is that jihadists who have much greater incentive to fight "over there" almost certainly will tu… https://t.co/c0r7cU3uof
— Kurt Eichenwald (@Kurt Eichenwald) 1572286372.0