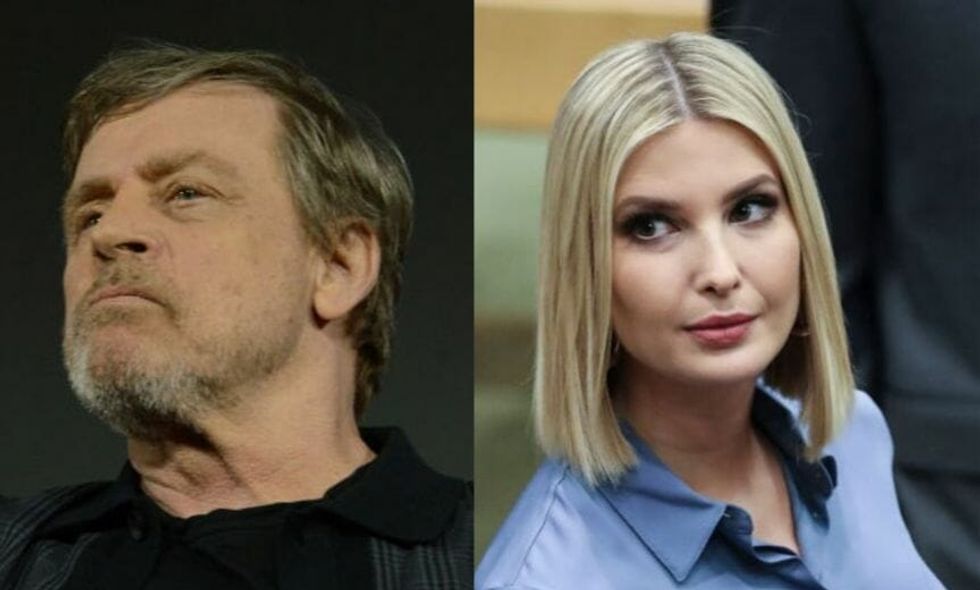 It's often unclear whether Ivanka Trump, President Donald Trump's eldest daughter, is unaware of her social media presence or if she's just trolling all of us.

That was once again called into question as she posted a picture of herself and husband Jared Kushner in evening wear posing with their children in a lovingly messy hotel suite.

One aspect stood out though.

One of Jarvanka's children is apparently a fan of the iconic Star Wars franchise, but interestingly enough, they dressed the tyke as a Storm Trooper—one of many anonymous intergalactic foot soldiers for an evil regime.

While children can't be blamed for the sins of their parents, many people found it funny that two of the White House's most insidious figures would have a children's Storm Trooper costume at the ready. Mark Hamill, who famously portrayed Star Wars protagonist Luke Skywalker, was among them.

He soon gave a pointed response to the photo, playing off of Ivanka's...er...questionable caption, which stated that:

"The Force is strong in my family."

And that invited a host of other responses to the photograph.

@HamillHimself Mommy, why does Luke Skywalker hate us? Because we are terrible, terrible people, son.
— Adam Parkhomenko (@Adam Parkhomenko) 1569786562.0

Hamill has long been a critic of the Trump administration and now appears to be no different.

Meanwhile, Jarvanka is known for using their ties to the President to work with murderous world leaders and bolster sales of their shoe line.

If you want the force to be with you during these exasperating times, you can get your Star Wars memorabilia here.