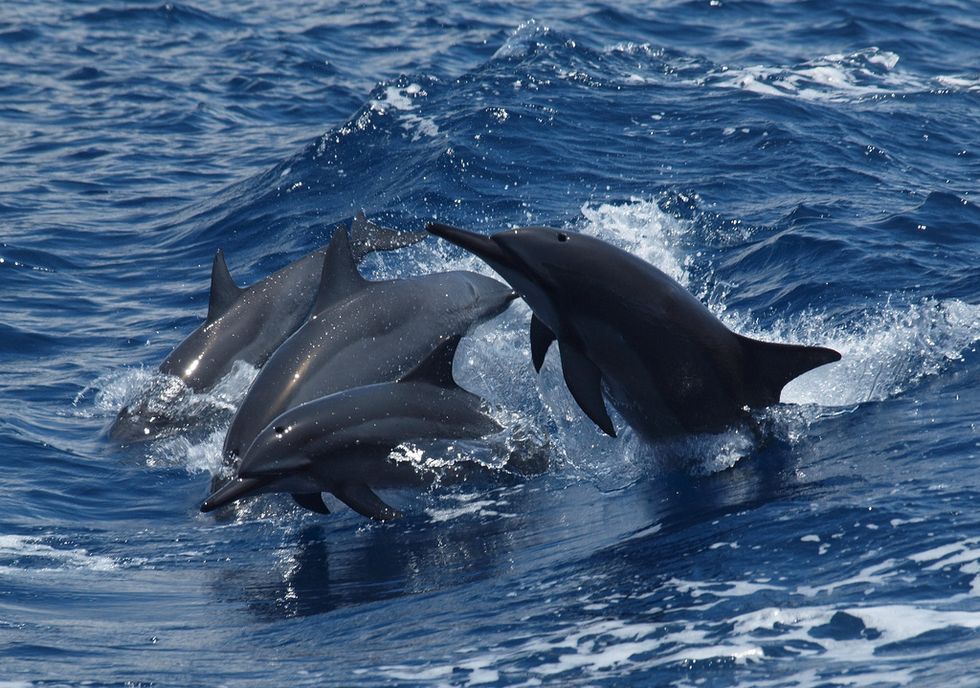 Scientists have spent decades listening to the whistles, clicks and squeaks that dolphins use to communicate. Interestingly, it turns out that these complex marine mammals may have a language that is similar to ours. A team of Russian researchers has recently recorded the first ever “conversation” between two Black Sea bottlenose dolphins, which suggests that dolphins use grammatical tools similar to the ones used in human speech. The researchers state they string together words into sentences, and don’t interrupt each other while speaking.

The key, says senior author Vyacheslav Ryabov at Russia’s Karadag Nature Reserve, are the noises that dolphins use to speak with one another. The whistles and clicks we associate with dolphins are known as “pulses,” which may be analogous to “words” in human speech. To record these pulses, the team used a waterproof microphone called a hydrophone to both record and analyze a pair of dolphins as they spoke with one another.

In an interview with CNN, Ryabov stated that the “[dolphins] are producing these packs of pulses without interrupting each other,” in a way that marine biologists think may be similar to our own sentences. The lack of interruption between each pack is another interesting development, unique to dolphins. He suggests that this is analogous to human speech, as the dolphins appear to listen to each other before speaking, just as we do while having a conversation. Further, after analyzing these pulses, the research team found that they varied in frequency, volume and spectrum, as  do our sentences.

The researchers were quick to point out that we don’t know what the “words” mean at this point. Ryabov and his team say that the next step is to learn how to translate these vocalizations into something understandable. In an interview with Science Alert, he said that

“[We] must establish relationships with the first intelligent inhabitants of the planet Earth by creating devices capable of overcoming the barriers that stand in the way [...] of communications between dolphins and people."

Many marine biologists are skeptical of these results. In an interview with National Geographic, research professor Marc Lammers noted that dolphin clicks are “highly directional, with [their] energy focused in front of them, much like a flashlight.” However, in Ryabov’s study, Lammers points out that each dolphin’s sounds were measured at a 90-degree angle -- completely altering the results of the typically straight-on recordings. This would produce “decreased amplitude, and different waveforms,” making it difficult to infer a human analogy from these results. Other variables, including the fact that the dolphins were recorded with their head above water, further complicate the results, due to the differences in the ways air and water reflect sound. Without controlling for these differences, there’s no way to know what results cumulated from the dolphins themselves or as artifacts from the recording device, says Lammers.

“The Ryabov paper ignores most of what is currently known about the properties of dolphin clicks,” says Lammers in the sameNational Geographic interview, “[Including] how to measure them correctly, and how they are used by animals in various contexts.” Instead, Lammers says that much of the paper is based on Ryabov’s “own ideas” for how the communication might work, based on his preconceived notions of acoustics, cognition, and language research.

With so many questions yet to be answered, our understanding of dolphin’s language clearly has a long way to go. However, this may be a promising start.