The strange sounds from these un-owned radio stations keep internet sleuths up at night. Are they actually used for espionage? 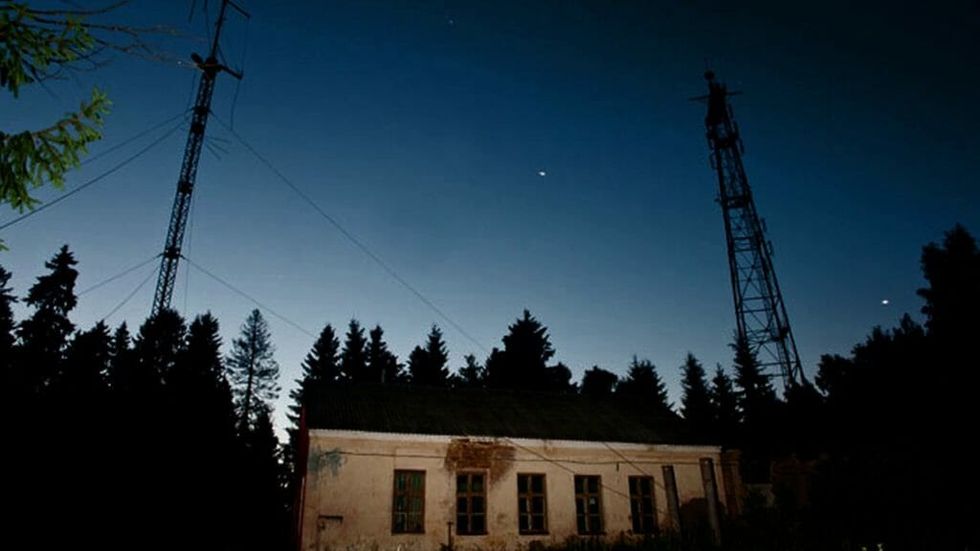 Imagine tuning into a radio station and discovering only unwavering static, sometimes interrupted by a young woman reading out a string of numbers or an old drinking song. It might send chills up your spine if discovered while browsing the web late at night, but these mysterious stations serve a real and somewhat sinister purpose.

Any shortwave radio has been able to tune into these signals since the 1950s, but their popularity has reached mainstream status with the advent of internet sharing. Reddit andYoutube are full of clips and stories about these stations, as users try to one-up each other with creepy content.

This worldwide interest has also helped uncover some of the purposes behind these cryptic signals. While the background chirps, whistles, and static tones might seem creepy, it’s really the occasional numbers or poems being read that are disseminating information to a target. These are “number stations,” so called because those breaks in the broadcast are actually the important encrypted content being transmitted.

Enter frequency 4625 kHz, or “the Buzzer,” one of the most popular frequencies. Broadcasting a constant, monotonous buzz overlaid with what sounds like a foghorn, the station draws up to tens of thousands of listeners at any one time. Despite operating for over 30 years, speculation still abounds over what this station is actually used for.

As the Buzzer and other number stations broadcast in the shortwave, they can be heard from continents away. Combined with their locations in heavily guarded military bases, primarily inRussia, Britain and the United States, it is extremely likely that these mysterious buzzes, rings and song lyrics may actually be code.

OnMay 12, 1927, British officers raided the London headquarters of ARCOS, the All Russian Co-operative Society. Officially the office for overseeing English-Russian trade and protected under diplomatic immunity, ARCOS was in reality using its position to steal secrets from the war department. MI5 had been eavesdropping on the society for years, but the raid alerted Russian intelligence to the fact that their communications were entirely insecure. In response they developed “one-time pads,” a system where a randomly generated key is shared between a message sender and a message receiver. The pad is destroyed after use, ensuring that the message can only be decoded by the intended parties.

With disposable encryption in mind, number stations have provided the perfect way to send encrypted messages across the planet without arousing suspicion. Although it may seem easier to send instructions through the internet, radio broadcasts have the advantage of reaching everyone and hiding the real intended recipient. However, this doesn’t mean that these stations are totally invisible.

As oneReddit user explains, several of these mystery stations have been identified and linked back to their operating countries through the use of radio signal triangulation. Due to the scrambled nature of the signal itself, a country carries no real risk even if the physical location of its stations is discovered.

“By design a directional antenna receives best in one direction. You mechanically turn the directional antenna until the signal is strongest, this indicates the direction of the source from your location. You then plot a line of bearing on a map from your location along the indicated direction. If you do this from 2 or more locations, or 2 or more stations do it at the same time, the lines of bearing intersect at some point on the map. That point is the approximate location of the source.”

A series of arrests in the US in2010 has helped shed light on how active these stations still are. The FBI announced that it had broken up a “long term, deep cover” ring of Russian spies across the United States, who had been receiving coded instructions via one of these “ghost” stations.

North Korea has also begun dabbling with these stations. After a 16 year absence, the country’s single source of secretive transmissions started broadcasting again in 2016 and South Korean authorities fear they may be used to coordinate terrorism. Unlike the more advanced stations used in the West, North Korea’s system has made little effort to hide the fact that it’s transmitting encrypted messages.