“Born This Way” May Be The Wrong Song

Turns out gay rights groups may have been barking up the wrong tree with the argument that people are born gay. 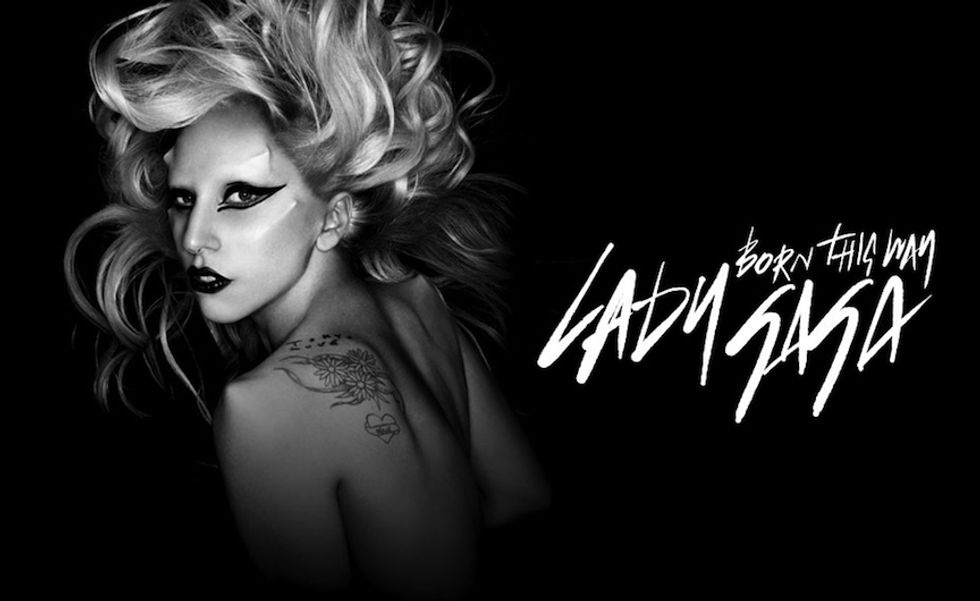 Lady Gaga may have been wrong. The gay icon’s 2011 megahit “Born This Way,” a clarion call for increased self-acceptance among LGBTQ individuals, was grounded in an argument that has bolstered the contemporary gay rights movement for over a generation. Activists have thrown their weight behind the position that, since sexuality is an inborn trait, people of all orientations deserve equal rights under the law.

Unfortunately, this philosophy does not have science on its side. The vast chorus of personal testimony about the unchangeable nature of sexuality notwithstanding, there is weak scientific evidence supporting the notion that infants emerge from womb already primed as gay, lesbian or bisexual. And a new study now suggests that born-this-way arguments may not actually be the best way to promote acceptance toward gays.

Past research, which this new study contradicts, suggested a connection between homophobia and beliefs about the biological origins of sexuality; specifically, those who consider being gay a choice are more likely to harbor negative attitudes toward the LGBT community.

A 2013 study measured the effect of the Gaga song on attitudes toward gays and gay rights. “Born This Way” did lead to increasing convictions that sexuality is innate. Yet researchers did not find that the anthem directly shifted people’s opinions in favor of gays and lesbians.

female college students, born-this-way convictions poorly predicted attitudes toward gay men (the study did not address feelings about lesbians or bisexuals). Instead, other beliefs about homosexuality, such as the notion that gay men are a homogenous group, were a better predictor of homophobia.

Homosexuality is in the genes... or is it?

Dogma about biogenetic origins of homosexuality has risen to the highest ranks. “I don’t think it’s a choice,” President Barack Obama said during a 2010 televised town hall. “I think that people are born with a certain makeup.” (The president began his words with qualifier: “I don’t profess to be an expert…”)

Even gays who divert from this narrative may find themselves pilloried. Sex and the City star Cynthia Nixon, who left a relationship with a man in mid-life and embarked upon another with a woman, toldThe New York Times Magazinein 2012 that, for her, being gay was a choice.

A chorus of disapproval erupted among gay rights activists, who lambasted Nixon for betraying the party line. A primary concern among them was that Nixon’s public stance on her own sexuality would fuel the fire behind conservative efforts to justify discrimination against gays and lesbians, since such bigotry is often based on the presumption that “sexual deviants” choose their own lifestyle.

Much remains at stake in this debate.Major court decisions regarding LGBTQ discrimination and marriage laws have hinged upon the genetic nature of sexual orientation. So has the ongoing push to outlaw the controversial practice of “conversion therapy,” which seeks to rid individuals of their homosexuality, and which is widely considered both ineffective and deeply harmful.

Trends show that a growing proportion of Americans across the political spectrum believe that sexual orientation is biologically determined, and the country is increasingly united in its support of LGBTQ equality. A recent Esquire and NBC News poll looked at a sweeping array of issues that anger Americans and found that, among social justice matters, LGBTQ rights prompted the most consensus. Just 22 percent of respondents said they would be angry about the

imaginary headline, “More Than 100,000 Couples Have Wed Since Supreme Court Ruling,” while 45 percent agree that LGBTQ individuals have a right to be angry about how they’re treated.

Meanwhile, notions about the genetic determination of race have been moving in the opposite direction. Race is increasingly understood, at least in the halls of academia, to be a social construct rather than strictly genetic. Curiously enough, research suggests that those who subscribe to beliefs about the genetic basis of racial boundaries are actually more likely to harbor negative attitudes toward blacks, while the opposite holds true for attitudes towards homosexuality.

Patrick Grzanka, PhD, a psychologist at the University of Tennessee at Knoxville and the lead author of the paper suggesting that born-this-way crusades are misguided, said there remains a great deal of work to do when it comes to changing heteronormative hearts and minds about the LGBTQ community. He just hopes it will be done right.

Looking to determine how personal beliefs about the LGBT community may predict homophobic attitudes, Grzanka and his colleagues surveyed a group of 266 female students at Arizona State University. The researchers’ work marks a step forward in this field of study because they looked at the patterns of multiple categories of beliefs, instead of just plotting one variable against another, as previous researchers have done.

Most of the study participants considered sexuality an inborn trait, yet those who did not believe sexuality to be innate were no more or less likely to have favorable attitudes toward gay men. Such a lack of correlation between these two factors, the paper’s authors projected, may say less about the women’s thoughts about homosexuality than it does about an overall contemporary culture in which personal differences of all kinds are increasingly attributed to biogenetic factors.

Three belief categories about lesbians, gays and bisexuals did help determine if the women harbored negative sentiments toward gay men in particular. Anti-gay women were more likely to believe that

These are beliefs, Grzanka said, that may cause stereotyping. This revelation dovetails with polling that finds that, among Americans, a primary factor influencing support for same-sex marriage has been the simple act of knowing a gay person.

“It’s harder—though not impossible—to reduce someone to a stereotype once you actually know them,” reflected Grzanka.

C.J. Pascoe, an associate professor of sociology at the University of Oregon who researches sexuality and homophobia, said Grzanka’s scholarship “represents a shift in academic research on homophobia” and is “an important call for more nuanced and complex research on sexual identity that doesn’t assume an endorsement” of the biological origin of sexuality.

Admittedly, the study has major limitations. Researchers took a one-time snapshot of attitudes, and did not examine beliefs about gay men over time, or as they might change in response to an intervention designed to reduce homophobia. So the researchers were unable to determine cause and effect between personal beliefs and attitudes toward gays. Also, the study included a highly narrow demographic, so its findings are not necessarily generalizable to all Americans. All of the participants were women, college-aged and attended a single university; 68 percent were white and 12 percent were Asian-American, while just 10 percent of the participants were Latino and 5 percent were black.

The focus on homosexuality as an inborn quality is a relatively new phenomenon in the grand scope of the gay rights movement. The post-Stonewall and AIDS crisis-era gay rights activist movements did not root their campaigns for equality in biological rhetoric. Homosexuality itself was only codified in the late 19th century. Many gender and sexuality theorists argue sexual orientation categories are arbitrary, socially-constructed distinctions and not driven by biogenetics.

Melanie Elyse Brewster, PhD, a psychologist and cofounder of the Sexuality, Women & Gender Project at Columbia University’s Teacher’s College, cautions that heavily stressing the innateness of sexuality may

lead to a failure to heed hard-learned lessons from history.

“Tying the merit of one’s basic human rights to the whims of science is dangerous,” Brewster said. “Findings from hard sciences have often been used to promote discrimination”—she cited the eugenics movement—“so why would we look to science to define our moral code?

“Moreover,” Brewster added, “rights are protected based on group characteristics or traits that are clearly not innate or biological all the time. No one thinks that there is a Christian or Muslim gene, yet we recognize that religious freedom is important and should be protected. To say that sexual orientation or gender diversity needs to be biologically based to warrant equal treatment for LGBTQ people is insulting.”

Grzanka hopes that his work may indeed help shift the larger conversation about LGBTQ rights. “What I would encourage all of us to think about is why, for any of us, these biological explanations are so important,” he said, “and to consider how humanizing sexual minorities and gender nonconforming individuals is possible by doing a lot of things that don’t involve appeals to genetics, chemistry and DNA.”

Grzanka may face an uphill battle in his effort to persuade others in his field to change their views. When he submits to academic conferences scholarship that questions the born-this-way dogma, other psychologists often accuse him of outright homophobia.

In the meantime, he and his colleagues are setting out to recreate their study, but in a wider segment of the U.S. population. Eventually, they want to see if they can find an effective intervention that would change people’s attitudes about homosexuality.

As for how the two major LGBTQ rights organizations responded to an academic paper arguing that born-this-way messaging may ultimately miss the target, GLAAD had no comment, and the Human Rights Campaign did not respond to repeated requests for remarks.