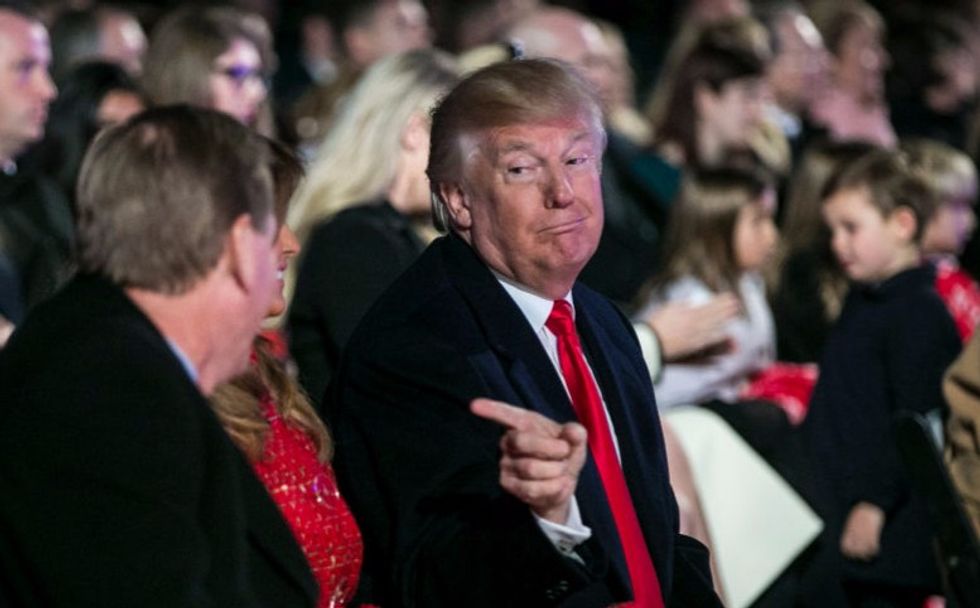 According to a half dozen lawmakers and aides, President Donald Trump over the summer repeatedly urged senior Senate Republicans, including the chairman of the Senate Intelligence Committee, to end the panel’s investigation of Russian interference in the 2016 election.

U.S. Attorney General Jeff Sessions refused to answer questions during a closed congressional hearing Thursday when asked if President Donald Trump ever instructed him to hinder the Justice Department’s investigation into Russian interference in the 2016 election, according to Democratic lawmakers in attendance.

For a president to intervene in a legislative inquiry involving his family and close aides is highly unusual.

Senator Richard Burr of North Carolina, the intelligence committee chairman, said Trump told him he was eager to see an investigation overshadowing much of the first year of his presidency come to an end.

It was something along the lines of, ‘I hope you can conclude this as quickly as possible.’”

Senator Burr said he replied to Trump “when we have exhausted everybody we need to talk to, we will finish.”

In addition, Trump told Republican Senators Mitch McConnell of Kentucky, the Senate Majority Leader, and Roy Blunt, of Missouri and a member of the intelligence committee, to end the investigation swiftly.

Senator Dianne Feinstein, a California Democrat who is a former chairwoman of the intelligence committee, said Trump’s requests were “inappropriate” and represented a breach of the separation of powers.

It is pressure that should never be brought to bear by an official when the legislative branch is in the process of an investigation.”

Trump’s requests to end the investigation came when the president was disparaging his own attorney general, Jeff Sessions, for recusing himself from any inquiries into Russian interference in the election and collusion with Trump's campaign. Trump often vented to his own aides and even strangers he came across on his New Jersey golf course.

During this same time, the president frequently complained to Senator McConnell about not doing enough to bring the investigation to an end, a Republican official close to McConnell said.

Mr. Trump also called other lawmakers requesting they push Senator Burr to finish the inquiry, according to a Republican senator who requested anonymity to discuss his contact with the president.

This senator, alarmed upon hearing of the president’s multiple pleas, said Trump’s request to senators was clear: urge Mr. Burr to bring the Russia investigation to a close.

Republicans  described Trump’s appeals as the actions of a person unfamiliar with appropriate presidential conduct.