After Trump Threatened to Pull California's Federal Fire Assistance, CA's Governor Shut Him All the Way Down 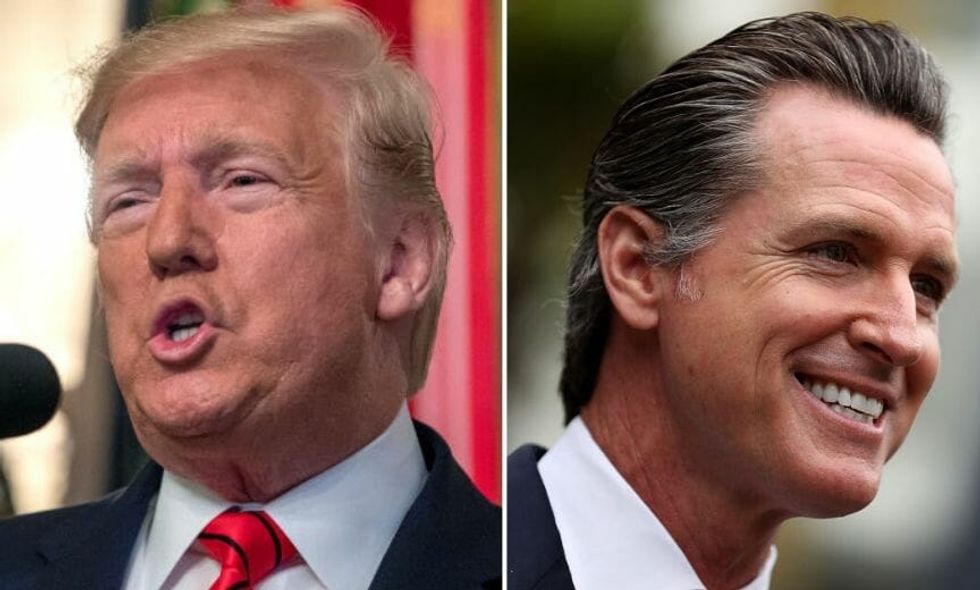 It wasn't long, however, until the bad blood between the two reignited, thanks to Donald Trump's Twitter feed. Again falsely claiming that California's wildfires were due to a lack of maintenance, Trump threatened to revoke federal aid from California in an unhinged Twitter thread.

The Governor of California, @GavinNewsom, has done a terrible job of forest management. I told him from the first d… https://t.co/vwoGJi6XiO
— Donald J. Trump (@Donald J. Trump) 1572790318.0

But Governor Newsom wasted no time in clapping back at Trump—using his spotty record on climate change to do so.

In recent years, Trump repeatedly dismissed climate change as a hoax invented by the Chinese. He acknowledged the existence of climate change ahead of his campaign for the 2016 presidential election.

Routinely, Trump blames even non-forest fires in California on a lack of comprehensive forest management, neglecting that a majority of forests in California are managed at the federal level.

Newsom wasn't the only one to call out the President's rant against California.

@realDonaldTrump @GavinNewsom The cause of the intense fires are the extremely dry conditions and the extremely hig… https://t.co/DuLCyZwKee
— Bob Belcher (@Bob Belcher) 1572792157.0

@realDonaldTrump @GavinNewsom When American citizens are suffering from a devastating disaster... Trump is only con… https://t.co/Mngyf6ijGU
— Holly Lee (@Holly Lee) 1572792660.0

@realDonaldTrump @GavinNewsom I think you should worry instead about the 5-alarm fire that’s blazing through your a… https://t.co/IyYg6EvN6t
— Andy Ostroy (@Andy Ostroy) 1572791740.0

Numerous scientists have acknowledged climate change as a factor in the growing number of deadly wildfires in the state, yet Trump has repeatedly worked to roll back pollution and other environmental regulations in the state.

“We’re waging war against the most destructive fires in our state’s history, and Trump is conducting a full-on assault against the antidote," Newsom said of the President's efforts.