In Response to Bob Woodward's New Book, Donald Trump Has Launched a 'Witch Hunt' of His Own Inside the White House 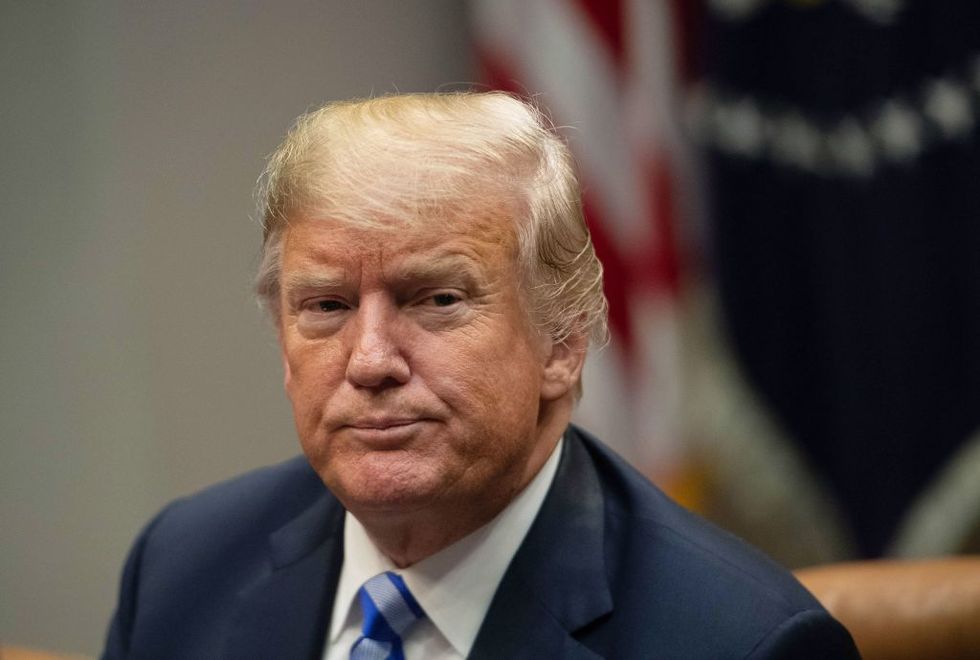 US President Donald Trump speaks to the press before a meeting with Republican Congressional leaders at the White House in Washington, DC, on September 5, 2018. (Photo by NICHOLAS KAMM / AFP) (Photo credit should read NICHOLAS KAMM/AFP/Getty Images)

President Donald Trump is reportedly scrambling in an effort to minimize the damage of renowned journalist Bob Woodward's new book Fear: Trump in the White House. Despite repeated attempts from Trump and White House officials to discredit the piece, it's built on hundreds of hours of interviews with White House officials—and they're on tape.

Though White House Press Secretary Sarah Huckabee Sanders's attempts to paint Woodward's sources as disgruntled employees, Woodward insists that many are still working in the White House. And though he may not admit it, the president seems to know that too.

Trump, according to CNN, is on a mission to suss out officials who may have spoken to Woodward.

It seems there's now a real witch hunt going on in the West Wing, with President Trump eager to determine who did -… https://t.co/OGSfMGRHAS
— Jeff Zeleny (@Jeff Zeleny) 1536170532.0

After Sanders, Secretary of Defense James Mattis, and Chief of Staff General John Kelly released fervent denials of the quotes attributed to them and of the book's contents, Trump is listening for whose silences are the loudest.

In his efforts to do so, it would appear he's endowing Fear with even more validity.

Trump is calling Bob Woodward's book a work of fiction, while simultaneously ranting that he wants a search for eve… https://t.co/dOHOFVJDmq
— Kurt Eichenwald (@Kurt Eichenwald) 1536172941.0

It's beginning to have some outsiders concerned with the ability of the Trump administration to do its job.

The idea that there are people the president can't trust and staff members who likewise cannot trust the president is deeply disconcerting.

For some, it's casting doubt on the credibility of the White House and whether or not an administration ceaselessly extinguishing fires of its own creation can feasibly focus on the health and safety of the republic. Among these is CNN national security analyst, Sam Vinograd.

Along with swathes of others.

this is not democracy. Voters elected Trump, not Gary Cohn or John Kelly. If Trump cannot do his job and literally… https://t.co/rbUS340XpB
— Jennifer Rubin (@Jennifer Rubin) 1536158077.0

Donald Trump will put more efforts into retribution against patriotic whistle blowers than he ever has doing his jo… https://t.co/gAxMNwFFma
— Rich S (@Rich S) 1536181542.0

An explosive New York Times op-ed by an anonymous senior Trump official published just this afternoon is only exacerbating the matter. Rather than going through Woodward, this official went straight to the media with his or her own words.

The op-ed, whose author is known only to New York Times editors, said the so-called achievements by the Trump White House had been made "despite — not because of — the president’s leadership style, which is impetuous, adversarial, petty and ineffective." The writer even reports that officials discussed invoking the 25th amendment and temporarily or permanently remove Trump on the grounds that he is unfit.

Less than an hour after the op-ed's publication, "25th Amendment" was trending on Twitter.