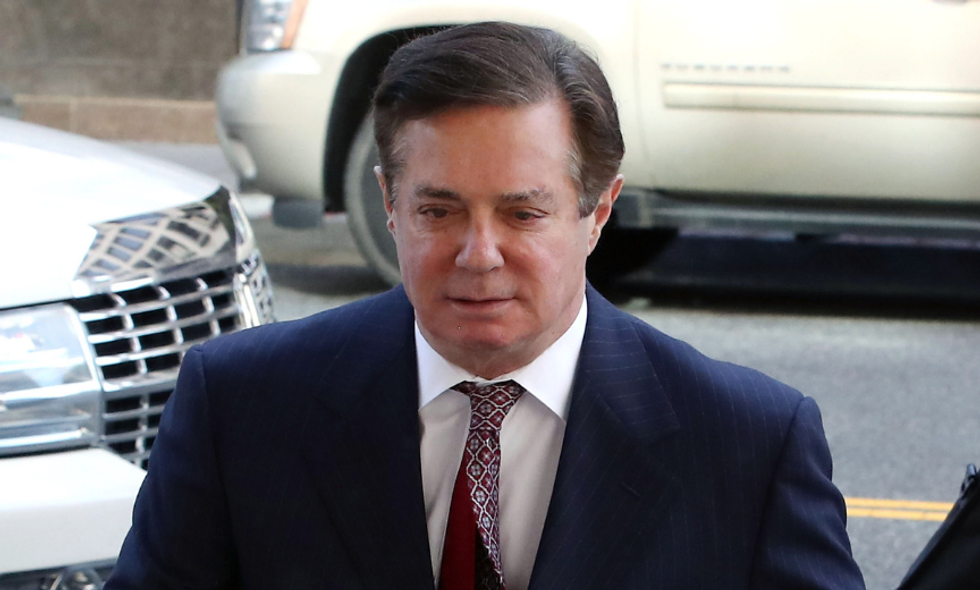 WASHINGTON, DC - JUNE 15: Former Trump campaign manager Paul Manafort arrives at the E. Barrett Prettyman U.S. Courthouse for a hearing on June 15, 2018 in Washington, DC. Today a federal judge revoked Manafort's bail due to alleged witness tampering. Manafort was indicted last year by a federal grand jury and has pleaded not guilty to all charges against him including, conspiracy against the United States, conspiracy to launder money, and being an unregistered agent of a foreign principal. (Photo by Mark Wilson/Getty Images)

Since the election of President Donald Trump and the first allegations of improper conduct by members of his campaign and the Trump administration, people speculated about presidential pardons. However despite what many people think, a President's ability to pardon a person is not absolute.

And it is one of those limitations on Trump's pardoning powers that the New York County District Attorney Cyrus Vance Jr. is eyeing.

The President can only pardon federal crimes, brought under federal laws. They cannot pardon anyone charged under state or local laws.

BREAKING: New York state prosecutors have put together a criminal case against Manafort that they could file quickl… https://t.co/soycq0RaMy
— Bloomberg Politics (@Bloomberg Politics) 1550849707.0

The Department of Justice (DoJ) Special Counsel's investigation led by Robert Mueller as well as the separate investigation being brought against former Trump confidant, lawyer and fixer Michael Cohen and anyone implicated during that inquiry by the DoJ Office of the U.S. Attorney for the Southern District of New York all fall under federal purview.

The fear by many is that the President and his close associates remain untouchable because Trump can pardon anyone charged by the DoJ. Pardons for Trump campaign participants Roger Stone and Paul Manafort concern many.

But DA Vance is looking to bring separate charges for the state and local laws violated by members of the Trump team. His first target appears to be Paul Manafort.

Vance’s office has identified several areas where it believes Manafort can be charged with state offenses without t… https://t.co/e9tEJsvNRG
— Bloomberg Politics (@Bloomberg Politics) 1550850083.0

People are already suggesting who else they would like to see face state and local charges.

@bpolitics @NatashaBertrand Wondering if they are also waiting for when Trump and family are out of office? Wouldn’t that something.
— Joe Reyes (@Joe Reyes) 1550850385.0

@king_jefe63 @bpolitics @NatashaBertrand You know they already have that plan in place as soon as he leaves office,… https://t.co/mC2BsCeNds
— Michael Kong (@Michael Kong) 1550857252.0

Others asked if more states would also bring charges against Manafort.

@bpolitics @NatashaBertrand NY State going after Manafort for tax fraud because he is a "part-time" resident of the… https://t.co/Gpc6ZlmACT
— Tom Coleman (@Tom Coleman) 1550861291.0

Sympathy levels for the man linked to Donald Trump since the 1980s were not terribly high.

People seemed pleased with this latest turn of events in the multiple investigations into President Trump, the Trump Foundation, Trump Organization, Trump/Pence 2016 campaign and the Trump administration.

@bpolitics OH HAPPY DAY! There is, and WILL BE JUSTICE! @realDonaldTrump @WhiteHouse @SenateGOP @HouseGOP @SpeakerPelosi
— One of the Dons (@One of the Dons) 1550870302.0