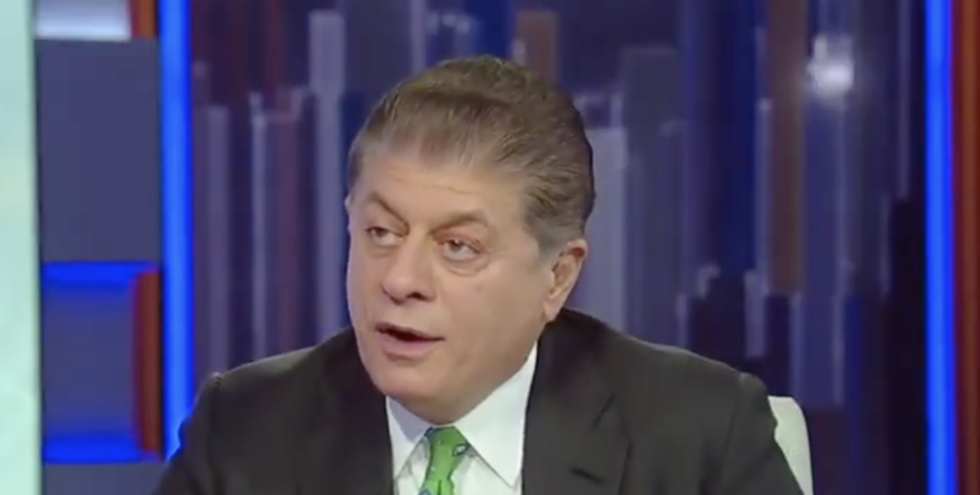 Fox News legal analyst, Judge Andrew Napolitano, hasn't been shy in his critiques of President Donald Trump in the past.

That doesn't seem set to change as the House Select Committee on Intelligence embarks on its first public hearings in the ongoing impeachment inquiry.

For Napolitano, there's not much to inquire. On Your World with Neil Cavuto, Napolitano said Trump's request that Ukraine investigate former Vice President Joe Biden was illegal to ask for.

Napolitano pointed out that it's illegal to solicit anything of value from a foreign government that may influence a U.S. election.

He went on to say:

"[I]t's clearly impeachable because the president requested something that's criminal to ask for. 'Can you help my campaign?'...Of course he didn't say it that way, but he basically said 'I need a favor, and my people, Rudy Giuliani, are telling you the aid's not coming until I get the favor.'"

Others tended to agree.

Napolitano's criticisms of Trump, unsurprisingly, have never sat well with the President.

But the President may have too much on his hands at the moment, with legions of people calling for his impeachment.

The first of the public hearings are underway. We'll soon see just how much the House agrees with Napolitano regarding Trump's behavior.