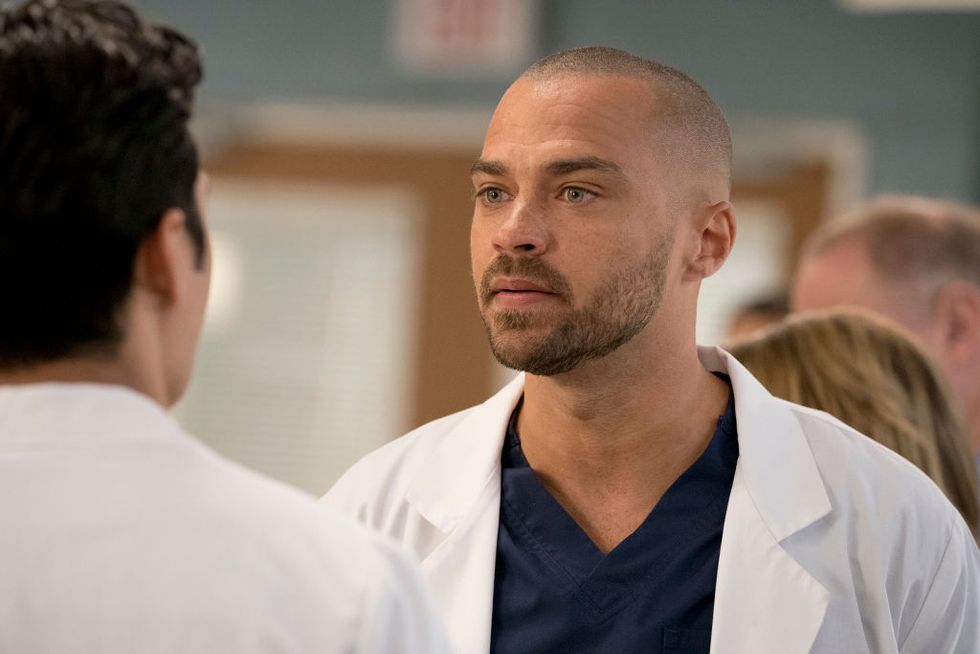 Seattle firefighters Ben Warren and Andy Herrera head to Grey Sloan after rescuing two boys that are injured in a house fire. With one of the boys' lives literally in Andy's hands, her skills are put to the test. Meanwhile, the doctors are hard at work on their projects for the Grey Sloan Surgical Innovation Contest; and Amelia brings Tom Koracick in to consult on her and Alex's patient, on a special, TGIT Crossover Event episode of "Grey's Anatomy," THURSDAY, MARCH 1 (8:00-9:00 p.m. EST), on The ABC Television Network. (Mitch Haaseth via Getty Images) JESSE WILLIAMS

It may be Thursday, but there will not be a new episode of Grey's Anatomy on CTV tonight. The show will be taking a break for the Winter Olympics, which runs until Feb 25. Grey's Anatomy will return to CTV and ABC on March 1.

Why is the show taking a break? The Winter Olympics dominate most household TV's, which makes the battle for viewership a little risky. Think of it this way: in 2014, more than 33.35 million Canadians tuned into a Sochi event, according to CBC. In the U.S., roughly 65% of adults (158 million) watched the games, according to Forbes. CTV won't risk losing its viewers, even though Grey's Anatomy ranks as the ninth most popular show on CTV.

But there's some good news: CTV will be airing episodes of The Big Bang Theory and Young Sheldon tonight in Grey's usual slot. According to Newswire, both shows lead as the most-watched programs in Canada. The mini-marathon starts at 7:30 p.m. EST and ends at 10:00 p.m. EST. You can view the full schedule on CTV's website.

Grey's Anatomy fans do have something to look forward to during the hiatus. When the show returns on March 1, along with How to Get Away With Murder and Scandal, there will be a major crossover event. According to ABC, Station 19 star Jaina Lee Ortiz will make her debut on Grey's Anatomy as a firefighter who heads to Grey Sloan after rescuing two boys in a fire. The crossover event continues with Olivia Pope (Kerry Washington) and Annalise Keating (Viola Davis) teaming up on Scandal and How to Get Away With Murder starting at 9:00 p.m. EST on ABC.

If you need a good wrap up of the last Grey's episode, check out this article posted by Fansided. They even rank all the new interns this season, from most likable to most forgettable.