It Takes A Woman: Four Times Non-Traditional Casting Made Us See The Role In A Whole New Light 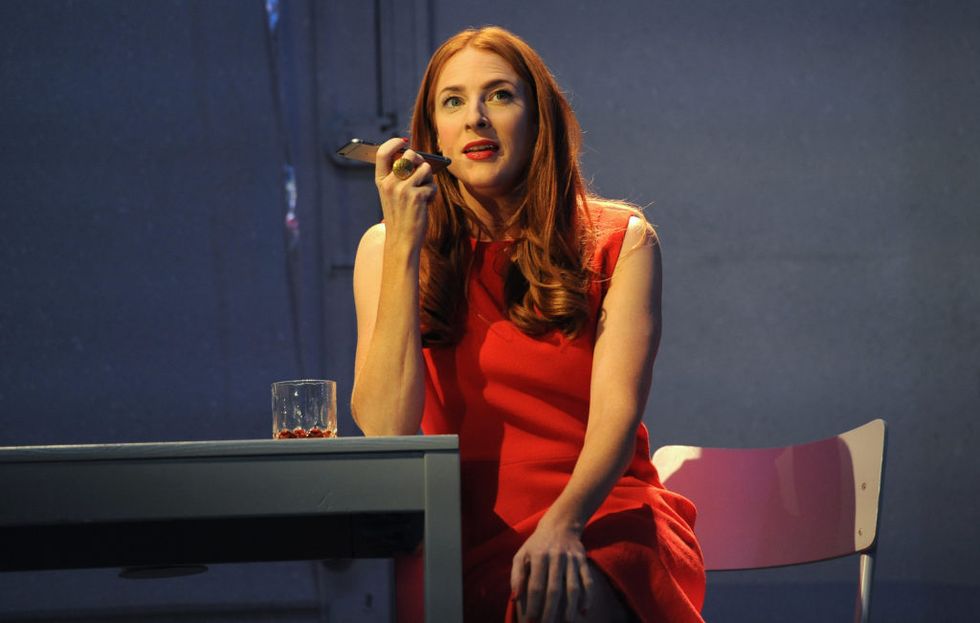 Rosalie Craig as Bobbie in Stephen Sondheim's "Company" at the Gielgud Theatre on October 15, 2018 in London, England. (Robbie Jack/Corbis via Getty Images)

Nothing can refresh a canonical work of theatre like an inventive and unexpected casting choice. When directors purposely color outside the lines in the actors they employ, interactions between characters and the overall implication of the piece can infuse it with brand new immediacy while giving actors the thrilling challenge of embodying a character that audiences wouldn't normally associate with them. These are some of our favorite casting choices of females in male roles that defied convention and added another layer of storytelling.

Rosalie Craig as Bobbie in Company

Though Company's protagonist Bobby is usually played by a male actor, one production at the Gielgud Theatre in London has cast a woman, Rosalie Craig, as the leading character—now named Bobbie. Also starring Patti LuPone, the production has been receiving rave reviews, and even got the stamp of approval from the show's composer, musical theatre legend Stephen Sondheim. In addition to making Bobbie a woman, the genders of Bobbie's lovers are switched as well, giving this 1970 musical a whole new interpretation.

Though the leading player in Broadway's Pippin was originally played by Broadway star Ben Vereen—and subsequently almost only played by men—Patina Miller took on the role for the 2013 Broadway revival. Not only were Miler's vocals thrilling, but her acrobatic skills were on full display as well for the circus-themed take on the show. Miller's hard work paid off when her performance won her the Tony for Best Leading Actress in a Musical.

Maxine Peake as Hamlet in Hamlet

The title role of Hamlet is arguably one of the most nuanced and challenging roles in all of theatre, but that didn't stop English actress Maxine Peake from rising to the task for Royal Exchange Manchester's production. What's more, audiences adored the longtime stage denizen for her interpretation, with The Guardian referring to her as a "delicately ferocious Prince of Denmark."

Vicky Vox as Audrey II in Little Shop of Horrors

Regent’s Park Open Air Theatre in London put a whole new spin on its production of the cult classic Little Shop of Horrors. The show's antagonist—the bloodthirsty alien plant Audrey II—is normally achieved with a male baritone providing the voice for an elaborate plant puppet. The Regent's Park production, however, used the talents of Drag Queen and Singer Vicky Vox who brought Audrey II to life with her voice and a series of sickening floral themed looks.

After her Tony-winning performance in the Broadway revival of Edward Albee's Three Tall Women, Glenda Jackson will return to New York to take on the leading role in one of Shakespeare's most legendary tragedies, King Lear. The 80-year-old Jackson earned rave reviews during the London run of the gender blind production. She's set to take the stage in America this Spring.

Did we miss any? Comment below and let us know!