We Had No Idea These 5 Broadway Blockbusters Had Sequels—Did You? 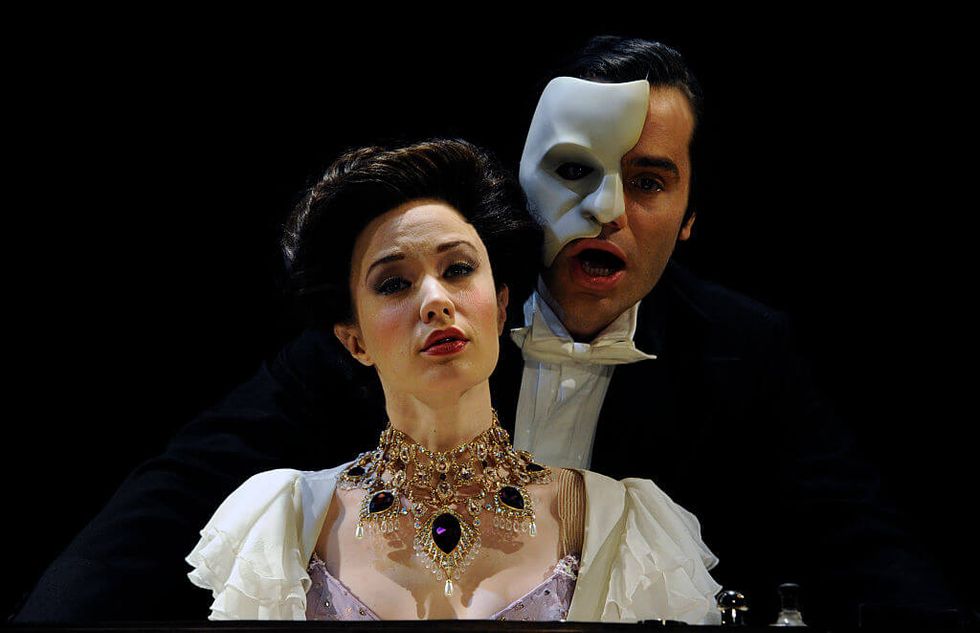 Ramin Karimloo as Phantom and Sierra Boggess as Christine in the production of Andrew Lloyd Webber's "Love Never Dies" directed by Jack O'Brien at the Adelphi Theatre in London. (Photo by robbie jack/Corbis via Getty Images)

Sequels aren't just reserved for films. Some Broadway producers have tried to make lightning strike twice with continuations of some of the theater's most famous stories, with varying success.

Here are some worth remembering.

This 1993 sequel to Annie sees Daddy Warbucks having to find a wife within 60 days to avoid Annie being sent back to the orphanage. With Mrs. Hannigan no longer in the picture, the villain is a corrupt child welfare official after the Warbucks fortune.

Andrew Lloyd Webber's The Phantom of the Opera is the longest running musical in Broadway history, so it's no wonder why Lloyd Webber decided to pen the sequel Love Never Dies. Set in Coney Island, the Phantom lures Christine and Raoul to America in an effort to meet his son.

Starring the legendary Chita Rivera, this sequel to Bye Bye Birdie focuses on a scheme to bring singer Conrad Birdie a comeback. The show's comeback, however, wasn't successful. It closed after four performances.

Though never officially on Broadway, the film Grease 2 remains a cult classic, despite being panned by critics upon its debut. The film's opening song "Back to School Again" continues to be instantly recognizable as well.

Lucas Hnath's sequel to the Ibsen classic was a Broadway smash. Set 20 years after the original events, the play sees Nora return to the home and family she left, seeking an official divorce. It was nominated for eight Tony Awards, with Laurie Metcalf snagging the win for Best Actress in a Play.

Which shows do you think deserve a sequel? Let us know in the comments!