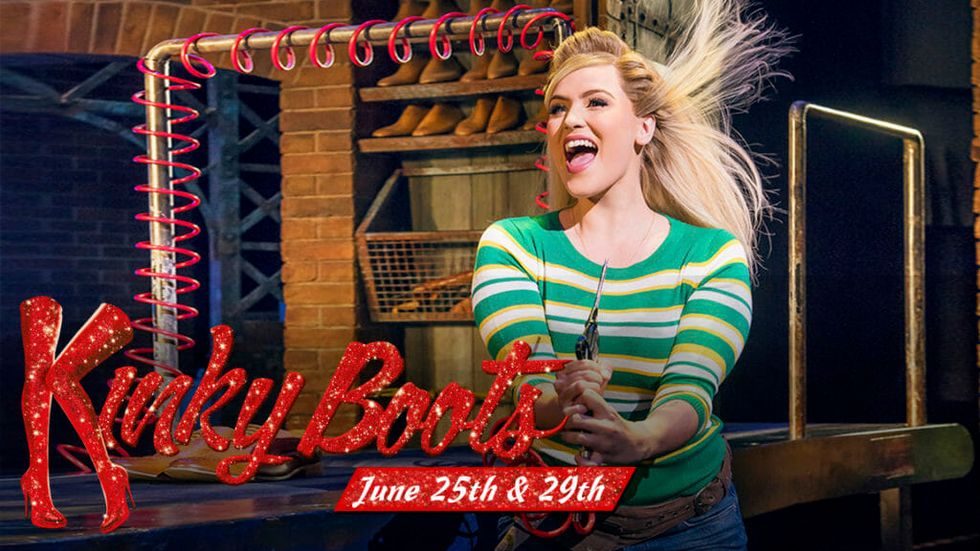 Did you know that the Broadway musical "Kinky Boots" is based off a BBC documentary about a real, struggling Northamptonshire shoe factory?

Steve Pateman was in his 30s when he took over his father's shoe factory, WJ Brookes. WJ Brookes had been around more than a century but, at the turn of the century, was struggling to keep up with the trends of the times. Soon, The Northampton Chronicle & Echo reports, the factory home of WJ Brookes was looking to go the way of other nearby buildings, which had all been turned into apartments.

That's when an opportunity came calling, reports the BBC:

The call came from Sue Sheppard, who owned a business in Folkestone selling transgender specialist glamour wear. Sheppard - who was born Anthony... explained [the] difficulty getting hold of well-made women's shoes which would fit men.

Pateman decided to go ahead with the partnership and thus, "Kinky Boots" was born.

The unique story caught a BBC2 documentary maker's attention in their "Trouble at the Top" series. After that, Pateman realized, he was probably on to something. He couldn't go anywhere in public without being approached about the documentary. Movie producers noticed, too. The story was turned into a 2005 British comedy-drama starring Joel Edgerton as the leading man, "Charlie Price."

That movie was the basis of the 2013 Tony Award-winning musical of the same name, "Kinky Boots," which is now heading to theatres for a limited engagement.

Filmed at the Adelphi Theatre in London, the Tony, Grammy & Olivier Award-winning musical from pop icon Cyndi Lauper and legendary playwright Harvey Fierstein, directed and choreography by Tony Award-winner Jerry Mitchell and based on the film written by Geoff Deane and Tim Firth, arrives in movie theaters nationwide June 25 and 29 only. In addition to the full production, audiences will enjoy an exclusive behind-the-scenes look at the story of “Kinky Boots” and never-before-seen footage from the record-breaking Broadway run, which closed last month after more than six years and 2,500 performances.

As for Pateman and Sheppard, life has changed for them.

In an interview with LGBT+ News from 2017, Sheppard elaborated on her business in the transgender community and how her line has since expanded to the digital world thanks to her fame.

Pateman has also used the internet to expand his audience with his Twitter moniker @KinkyBootMan, which he labels "The real Charlie Price."