Bachelor Winter Games: Are Ashley I. and Kevin Still Together? 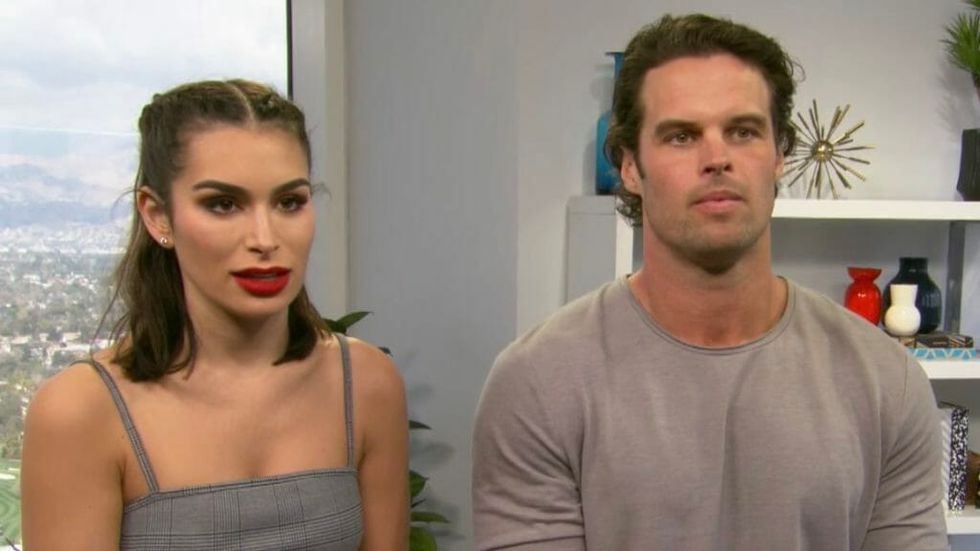 Ashley I. and Kevin are one of the most talked-about couples on The Bachelor Winter Games.

Even though Kevin started out the season with Bibiana, he seamlessly transitioned into a relationship with Ashley within a matter of days. The two still seem to be going strong. But what will tonight's final episode reveal? Are the two still together? Is this the couple who gets engaged?

WARNING: SPOILERS AHEAD! DO NOT CONTINUE READING IF YOU DON'T WANT TO KNOW DETAILS ABOUT ASHLEY AND KEVIN'S RELATIONSHIP OR SPOILERS FOR THE FINALE OF THE BACHELOR WINTER GAMES.

The remaining couples are given the opportunity for an overnight date on tonight's finale. We'll refrain from listing all the couples who choose to take Chris Harrison up on that offer, but we will reveal that Ashley and Kevin are one of the pairs.

According to Reality Steve, the two are still dating. You may not think they're together based on social media (neither has posted or Tweeted a pic of the other), but Steve has been very accurate this season with his spoilers on both The Bachelor and The Bachelor Winter Games.

Steve also says that Kevin is temporarily living with Ashley while he's in LA.

Ashley Says She Wants to Stop Talking About Her Virginity

Another big spoiler? On tonight's "Tell All" episode, Ashley says she did not lose her virginity in the fantasy suite. That isn't to say that she's still a virgin; according to Reality Steve, she lost her virginity to Kevin after the show.

Just yesterday, however, US Weekly posted an article explaining that Ashley is done talking about her sex life and sharing those kinds of details on national television.

At the Tell All taping, Ashley told US Weekly, "I know what everybody’s million dollar question is — have we or have we not? — but I will never, ever, say yes or no to that question... Just because I’ve been public about it in the past, doesn’t mean that I can’t make something private once somebody else is associated in that topic of my life.” Reality Steve, however, says that he "stands by it. It happened." He continues, "...maybe someone shouldn’t have blabbed about it to others. So much for keeping your private life private."

What Do We Know About Kevin Wendt?

Now that Kevin has stolen the heart of such a beloved member of the bachelor world, fans are growing curious about him.

The 33-year-old firefighter was part of the first season of The Bachelorette in Canada. He proposed to the bachelorette, Jasmine Lorimer, on season 1 of the show. After five months together, the two broke up.

Kevin previously served in the Navy. In an interview with PopSugar ahead of the show's premiere, he spoke about his experiences in the Navy. "The best decision I ever made in my life was getting out of the military, but the second best was joining," Wendt said. "I tried university; it wasn't for me.... I had never really left my little place in Ontario, and I hopped on a plane, moved to Vancouver Island, and never looked back for six years."