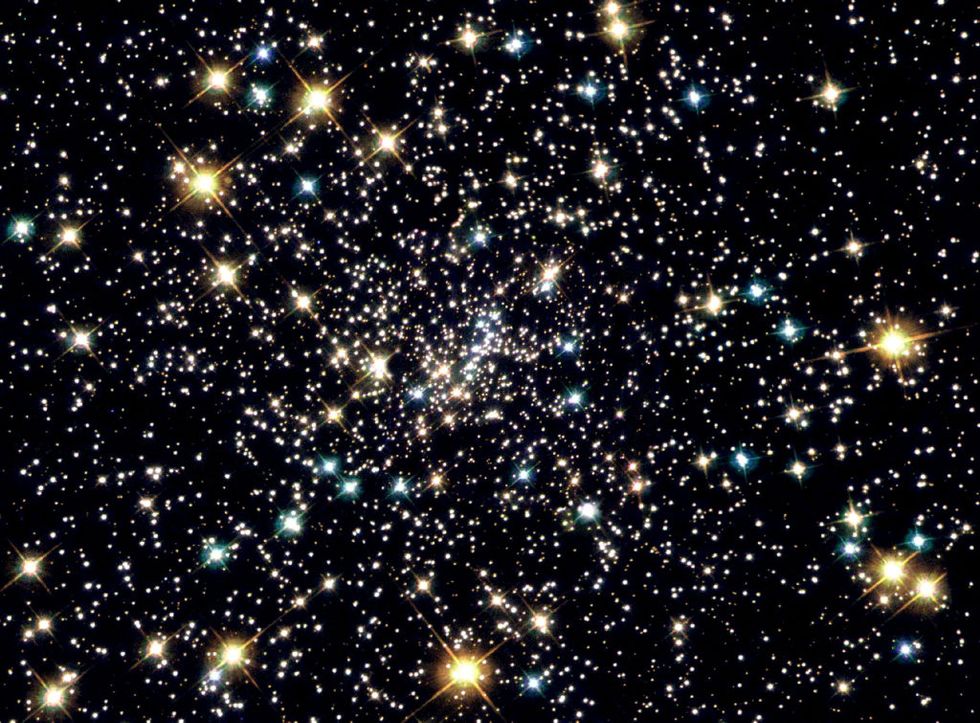 This Hubble Space Telescope view of the core of one of the nearest globular star clusters, called NGC 6397, resembles a treasure chest of glittering jewels. The cluster is located 8,200 light-years away in the constellation Ara. Here, the stars are jam-packed together. The stellar density is about a million times greater than in our Sun's stellar neighborhood. The stars are only a few light-weeks apart, while the nearest star to our Sun is over four light-years away. The stars in NGC 6397 are in constant motion, like a swarm of angry bees. The ancient stars are so crowded together that a few of them inevitably collide with each other once in a while. Near misses are even more common. Even so, collisions only occur every few million years or so. That's thousands of collisions in the 14-billion-year lifetime of the cluster. (Photo by NASA/WireImage)

For only the second time ever, a series of Fast Radio Bursts (FRBs) have been discovered coming from a galaxy over 1 billion light years away. The extremely rare repetition was found by scientists in British Columbia. The bursts last less than half a second, but each one produces more energy than the sun does in one year.

Scientists remain stumped on what could be releasing the bursts. There are a vast array of occurrences that radio waves in space can indicate, such as star births, supermassive black holes, and dark matter.

However, these conditions are less likely to emit a consistent repetition of radio waves.

Astrophysicist Ingrid Stairs elaborated on this for The Independent:

“Until now, there was only one known repeating FRB. Knowing that there is another suggests that there could be more out there. And with more repeaters and more sources available for study, we may be able to understand these cosmic puzzles—where they’re from and what causes them.”

If the signals are coming from intelligent extraterrestrial life, humans in the United States are scared of one thing in particular.

Americans are terrified of what would happen if aliens invaded while Trump is president.

Some would be fine if they took a few of us with them.

According to scientists, extraterrestrial life is one of the less likely culprits, but the beauty of a repeating frequency is that scientists can use the patterns for clues as to what the source may be.