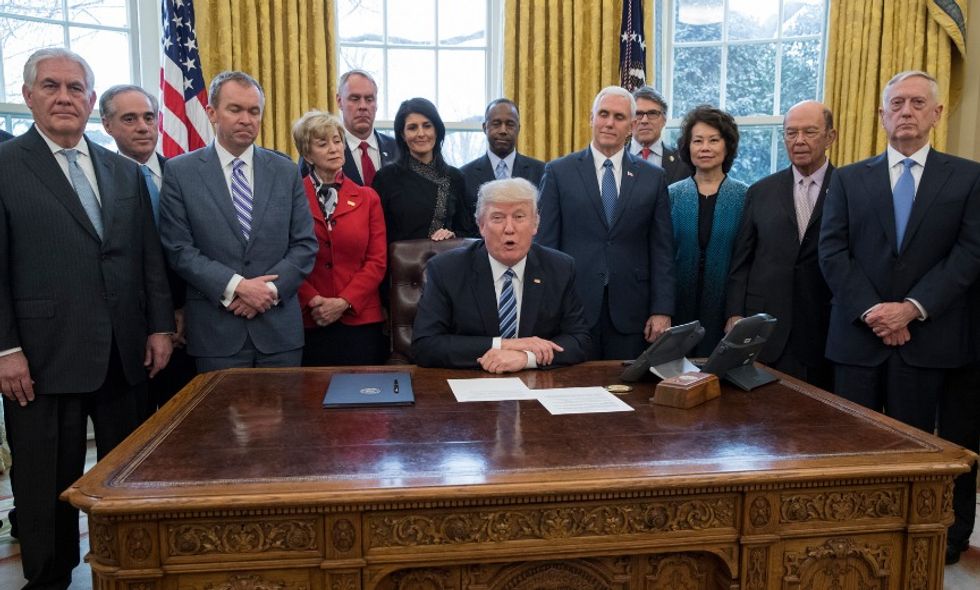 The New York Timespublished an opinion piece on September 5, written by an anonymous source from within the Trump administration. While The New York Times knows the writer's identity, in case anyone worries the person is not really a "senior administration official" like the OpEd claims, others can only speculate.

The piece is titled and subtitled:

"I Am Part of the Resistance Inside the Trump Administration: I work for the president but like-minded colleagues and I have vowed to thwart parts of his agenda and his worst inclinations."

Dan Bloom is among the many who—after reading The Times OpEd—tried to discern the author. Bloom—an audio producer for Panoply podcasts for the Slate group—shared his theory on Twitter Wednesday.

In his Twitter thread, Bloom outlined why he thinks Pence is the mystery writer behind the provocative piece. And it all came down to a single word.

The word is "LODESTAR." Note that it comes in the same paragraph praising John McCain. That would rule out flame-t… https://t.co/xfLdMHEDCW
— Dan Bloom (@Dan Bloom) 1536177353.0

Lodestar means "a star that is used to guide the course of a ship, especially Polaris." Bloom points out the rarity of the word's use in common speech.

But he still checked to see if other likely suspects used the word.

Mike Pence's name comes up when Bloom looks for the word online in relation to White House senior officials. More than once.

Bloom then found examples of Pence using the obscure term prior to becoming Vice President, like back in 2011.

Bloom reached his conclusion that Vice President Mike Pence wrote The New York Times OpEd claiming to be working for "the Resistance" from inside the Trump administration.

And lo, as I have shown in my previous tweets, peaches and nectarines are absolutely delicious, and Vice President… https://t.co/xmsUejNkRb
— Dan Bloom (@Dan Bloom) 1536178904.0

After people had a chance to digest his theory, Bloom returned to his thread to answer a few questions. Such as this theory put forward by author and DC bureau chief for Mother Jones, David Corn. Why Pence? Why not his speechwriter?

He also makes the point that "speechwriter for the Vice President" would not get billing as a senior official in the Trump administration" by The New York Times.

Bloom's theory and research left some people on Twitter shook.

While others pointed to a possible deliberate use of Pence's favorite word. And opined that Pence does not improve on Trump given certain statements made by the former Governor of Indiana.

However, one respondent put forth another credible theory concerning a profession where the term lodestar is not so uncommon.

Lawyers are certainly plentiful in Washington DC. Meanwhile, unless the author reveals themselves, President Donald Trump will simply have to speculate like everyone else.