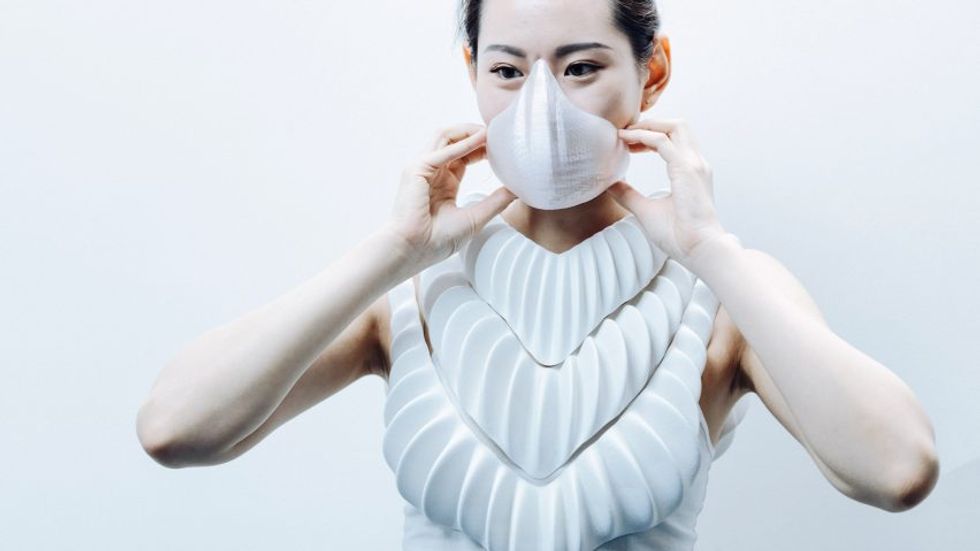 Humans have long envied fish their ability to breathe underwater. A few extreme athletes trained in the sport of freediving—in which divers swim underwater or perform aquatic feats on a single breath—have been able to hold their breath for more than 20 minutes. (The current world record is held by Croatian free diver Budimir Šobat, who held his breath while staying underwater for 24 minutes, 11 seconds in February 2018.) But that’s not breathing underwater.

So envious are we, in fact, that it shouldn't surprise us that there have been songs written about this elusive phenomenon.

No mammal can actually breathe underwater. Even whales, seals, and sea otters hold their breath for prolonged periods of time—more than two hours, for some—while swimming underwater. Only fish, with their unique gill systems, which filter off oxygen into the bloodstream, actually breathe underwater. Humans, on the other hand, require a system that seals the water off from the respiratory system. Our current option is oxygen tanks. With this apparatus, humans can “breathe” underwater for about an hour at 10 meters depth. The deeper one goes, the faster the tank runs out. Short explorations are possible, but swimming underwater remains a race against the clock.

A new invention by material scientist and RCA student Jun Kamei, in conjunction with the RCA-IIS Tokyo Design Lab, could change all that. Kamei has created Amphibio, a 3D-printed wearable device that functions as a giant gill. The device, which consists of a flared and gilled garment and a face mask, extracts oxygen from water and enables a human to breathe underwater. It is made from a patent-pending, porous, hydrophobic material.

“In the sea water, you have dissolved oxygen molecules due to constant mixing by waves. The gill is able to replenish itself with oxygen whenever the oxygen in the gill is consumed, as it is porous and lets the oxygen molecules in the water travel across its membrane,” says Kamei. “Similarly, the carbon dioxide that builds up in the system can be dissipated in the surrounding water, using the same mechanism.”

The gill suit, called Amphibio, is surprisingly chic. However, it’s not ready to market anytime soon. At their current efficiency, Kamei says the gills would need to total about 344 square feet to supply enough oxygen for a person. Tweaks to the design and in particular the material will need to be made before we are ready for a new Atlantis.

Kamei was inspired by studying the body and breathing structures of aquatic insects. Biomimic design, in which human technologies take cues from systems found in nature, has long been part of human innovation—birds inspired the evolution of aircraft, for instance. More recently, researchers looked at fireflies for design ideas that helped create more efficient LED lighting. Dragonflies may hold the secret for future robot design. A Japanese birdwatcher designed a quieter train after observing how kingfishers silently dove into the water.

“The bullet train in Japan used to make a loud noise every time it came out of the tunnel. The inventor was an avid birder, who noticed how kingfisher birds dive into water but make no sounds or ripples. Imitating the same phenomenon, he changed the shape of the bullet train to resemble the bird’s beak and the train became noise-free,” says Seema Anand, co-founder of Biomimicry India.

If we take the time to look closely, inspiration abounds: Insects are the planet’s most diverse group of organisms, with more than 900,000 different insect species. These species represent tremendous potential as scientists look for new solutions to complex problems in medicine, infrastructure, agriculture, and other challenges. But we had better look fast: Like every other type of life on Earth, insect numbers are plummeting. [Or link to 2N story on this topic.]

So, if the Amphibio is perfected and made available to the public, what potential uses could we imagine for it? Deep-sea exploration and shipwreck treasure-hunting are a few recreational uses. Or perhaps, in an era of higher sea levels, humans will someday explore the underwater cities of Miami and New York City.